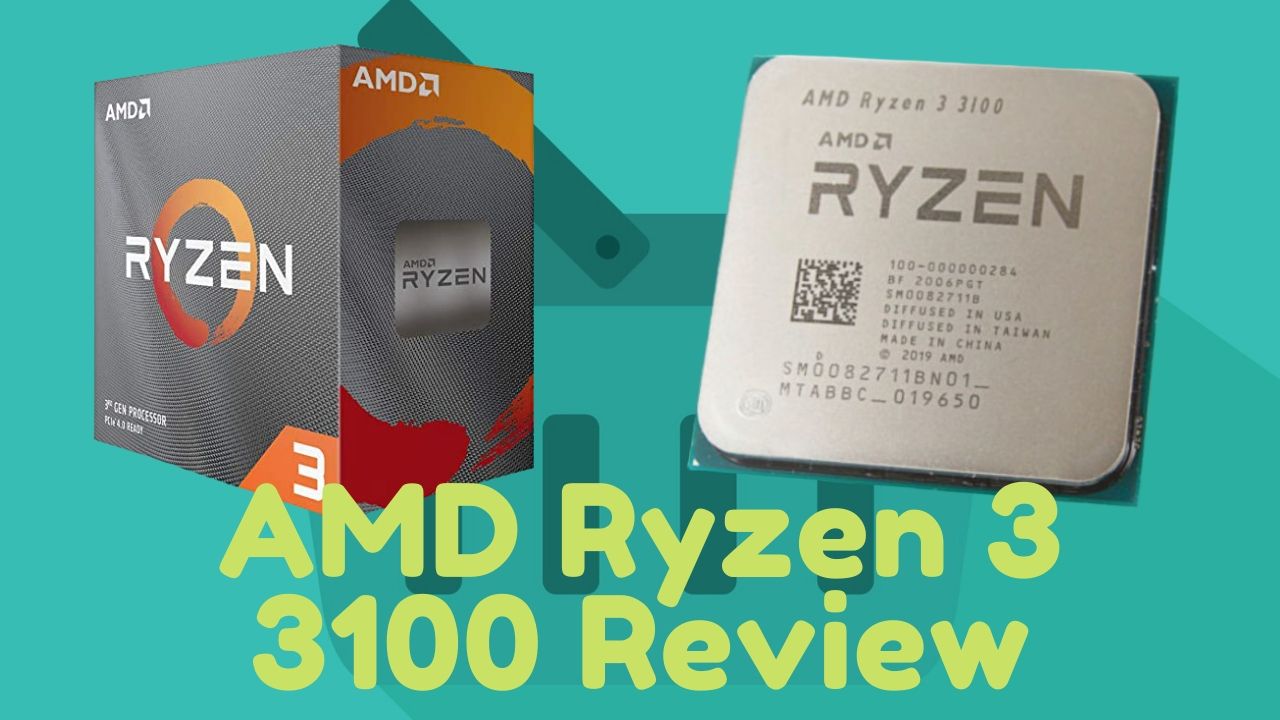 We haven’t reviewed a gaming CPU that costs under $100 for a long time now, but the Ryzen 3 3100 doesn’t just offer quad-core performance for $100. You get Simultaneous Multithreading (SMT) too, so you also get support for eight threads. It’s an equivalent spec to AMD’s Ryzen 5 1500X, which originally retailed for $200.

That’s some serious horsepower, especially considering that this is a fully fledged 7nm Zen 2 CPU. While you might be able to buy an older 6-core model on the cheap, it’s also important to remember the big leaps in single-threaded and gaming performance that Zen 2 brought with it.

As we mentioned on p26, the two new CPUs have a slightly different configuration under the heatspreader. The slightly more expensive Ryzen 3 3300X offers much higher frequencies at stock speed, reaching 400MHz higher in peak boost, with the cheaper CPU topping out at just 3.9GHz and sporting a 200MHz lower base frequency.

Even if you can claw back some of that clock speed by overclocking it, the chips aren’t equal in terms of physical configuration either. The Ryzen 3 3100’s four cores are spread across two Core Complexes (CCX), which introduces latency as the cores communicate with each other.

All four cores on the Ryzen 3 3300X are located on a single CCX, so the cheaper CPU is a little hamstrung, even if you also get the same 2MB L2 Cache and 16MB L3 cache on both CPUs.

The Intel CPU was a bit quicker in our heavily multithreaded Handbrake video encoding test as well. The overall system score had the AMD CPU ahead of the Intel 6-core CPU.

At stock speed, the Ryzen 3 3100 was only a little slower than its more expensive sibling. It was overclocking it to 4.6GHz using a vcore of 1.3625V only yielded modest gains, especially in Far Cry New Dawn, where it ended up a long way behind the Ryzen 3 3300X.

The system score rose from 180,891 to 198 879 once overclocked, but that was still nearly 10,000 points behind the Ryzen 3 3300X in the image editing test. At stock speed, the peak load power draw sat at 153W, rising to 183W once overclocked, so you certainly won’t need a particularly powerful PSU.

The Ryzen 3 3100 offers similar performance to the Ryzen 3 3300X in games at stock speed, as well as Cinebench’s multi-threaded test. However, everywhere else, the more expensive Ryzen 3 was significantly quicker and absolutely worth the extra cash. You should only consider the Ryzen 3 3100 if you’re on an extremely tight budget. The Ryzen 3 3300X is better in every way and offers far better value.

Very overclockable and a great price, but the Ryzen 3 3100 suffers from high latency and lowly stock frequencies.