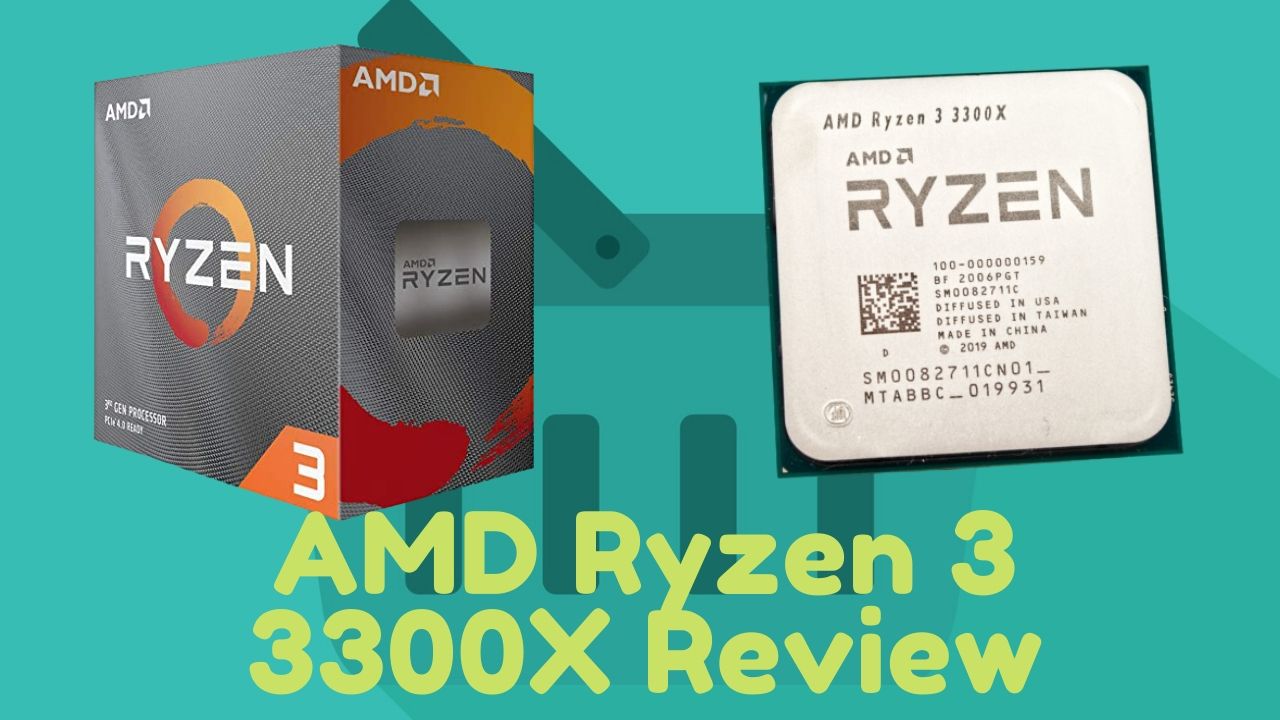 AMD hasn’t released to the masses any CPUs with fewer than four cores since 1st-gen Ryzen, where we saw the likes of the Ryzen 5 1500X. Since then, only AMD’s APUs have offered very affordable AMD CPUs. But that’s all changed with the release of the Ryzen 3 3100 and Ryzen 3 3300X.

Retailing for $99 and $120 respectively, they’re considerably cheaper than the Ryzen 5 3600. Those who don’t need huge multi-threaded grunt a cheaper way to get a 3rd-gen Ryzen system.

Under the hood there’s a single enabled Core Chiplet Die (CCD), and only one enabled Core Complex (CCX). This means that, rather than having eight cores, just four are enabled, limiting the L3 cache size to 16MB compared to 32MB for the Ryzen 5. However, you do still get Simultaneous Multithreading, so those four cores can execute eight concurrent threads

The Ryzen 3 3300X also enjoys lower latency compared with the Ryzen 3 3100, as its four cores aren’t spread across two Core Complexes, so the 3300X is likely to be quicker even at similar frequencies.

These prices mean the CPUs undercut Intel’s popular Core i5-9400F and Core i3-9350KF, so it will be interesting to see just how AMD’s new budget-conscious CPUs perform.

To start, we overclocked both CPUs to see if they’re made from poor-performing Zen 2 dies that have been speed-binned accordingly. However, we hit 4.6GHz on both CPUs, with the Ryzen 3 3100 needing 1.3625V and Ryzen 3 3300X at 1.375V, so they’re clearly still plenty overclockable.

At stock speed, the Ryzen 3 3300X was faster than the Core i5-9400F everywhere except our game benchmarks, where its 99th percentile minimum frame rate in Far Cry New Dawn was 15fps off the pace of the Intel chips.

The AMD Ryzen 3 3300X is a stunning CPU for the cash, and even modest air coolers should enable you to achieve a decent overclock. It needs to be tweaked to close the gap on the Core i5-9400F in some game titles. FarCry New Dawn saw massive speed boosts, but with less powerful graphics cards or more demanding settings, the CPU has less of an impact anyway.

The lower latency also means it’s a better buy than the Ryzen 3 3100. If you’re on a tight budget, the Ryzen 3 3300X is much cheaper than the Ryzen 5 3600, and beats cheaper 6-core chips in lightly threaded software too. A stunning, highly overclockable CPU for a surprisingly generous price.