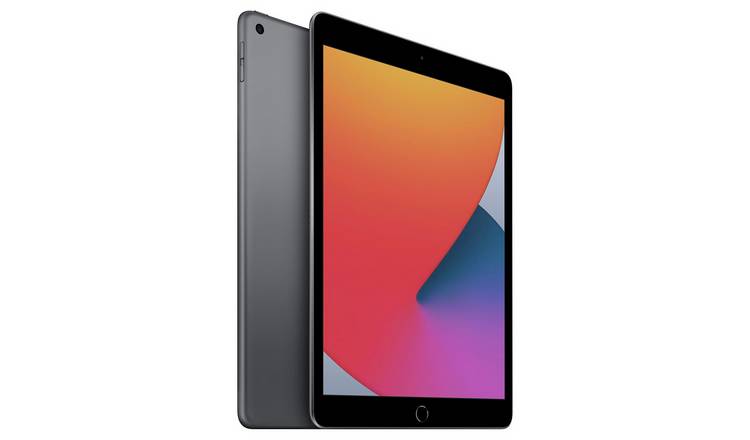 Latest update to Apple’s most affordable iPad offers a significant boost in performance.

Apple’s basic iPad is such a successful product, the company would be mad to change it. If you want the most innovative features, at a price, feel free to check out the iPad Pro.

However, here at the bottom of the iPad price spectrum, the latest iteration of the 10.2in iPad is reassuringly familiar in almost every respect, and there’s nothing disappointing in that – it’s still the best tablet you can buy for the price.

It has the same old Lightning connector (no move to USB-C here) and even the cameras are identical – an 8-megapixels snapper on the back and a rather disappointing 1.2-megapixels FaceTime HD camera on the front.

The only significant change is the processor, which has been upgraded from the quad-core A10 Fusion chip of the previous two generations, to a six-core A12 Bionic chip.

Even the pricing has stayed the same. The basic 32GB model is $350, rising to $450 for 128GB. If you need mobile internet, you can add 4G for an extra $150. Adding a Smart Keyboard Folio case costs a further $180, which effectively turns the tablet into a very capable laptop for a total outlay of $550.

The new iPad is compatible with the Apple Pencil, which has seen a major usability update in iPadOS 14. Called Scribble, this is Apple’s stab at integrating handwriting recognition. The idea is that you can simply scribble down some words and iPadOS will attempt to recognize them and turn them into text.

This works about as well as most handwriting recognition, and includes some delightfully intuitive features: you can scribble over words to delete them and select text by circling it or dragging the corners of a selection box.

Scribble works best in the Notes app, where it leaves your handwriting in place and lets you copy and paste it, just as you would real text.

However, you can also write in most text fields across the iPad’s apps, from web forms to reminder lists. It’s even possible to write text into the iPad’s word processor, Pages, and enter data directly into cells in the spreadsheet Numbers, which is converted into standard text on the fly.

Perhaps unsurprisingly, this level of compatibility doesn’t extend to Google Docs just yet, although you can enter handwritten data into Google Sheets cells.

Scribble will even recognize hand-drawn shapes – from circles and ellipses to stars and squares – and convert them into geometrically accurate renditions. Simply draw the shape you want (and you can be as loose as you like), then pause at the end and wait for the iPad to do its thing.

The new iPad’s screen is no different to its predecessor – a 10.2in IPS panel with a pixel density of 264ppi, sRGB coverage of 90.6% and a maximum brightness of 509cd/m2 (in our test) with an acceptable contrast ratio of 1,086:1. It’s sharp, bright and vibrant.

However, Apple’s pricier tablets in the Pro and Air ranges have a laminated display, where the touchscreen glass is physically attached to the LCD below it. This reduces glare and increases the sense of immediacy when touching the screen, and it’s a shame this isn’t a feature in the basic model.

The standard iPad also lacks the variable refresh rate of the Pro tablets, which can go all the way up to 120Hz, and the extremely broad color coverage, which makes the iPad Pro even more vibrant to look at.

The big news, however – especially given that the price has remained the same – is that the iPad 10.2in is now much more powerful than last year’s model, with the six-core A12 Bionic replacing the A10 Fusion. This is a welcome development, particularly as the 2019 model had the same processor as the 2018 iPad.

There isn’t a hugely noticeable uplift in responsiveness, though. The iPad feels as speedy and slick as always, with apps launching quickly and most games playing at a smooth frame rate. However, if you want to tax the tablet with something a little more  demanding – a spot of video editing and rendering via iMovie, for instance – you’ll find the six-core A12 Bionic is more than capable. It’s also a more efficient chip than the previous iPad’s A10 Fusion.

This year’s Apple iPad 10.2in is the best tablet in its class in almost every area, and more powerful than anything else at the price. Adding a keyboard -either the official one or a cheaper alternative – transforms the tablet into an exceptionally good-value laptop replacement, while the Apple Pencil and accompanying Scribble Software bring some handy and intuitive features.

While not much else has changed, neither has our overall verdict. If you’re after any kind of computer- tablet, laptop or otherwise – and can’t spend more than $500, the iPad 10.2in eighth-generation should be top of your list.