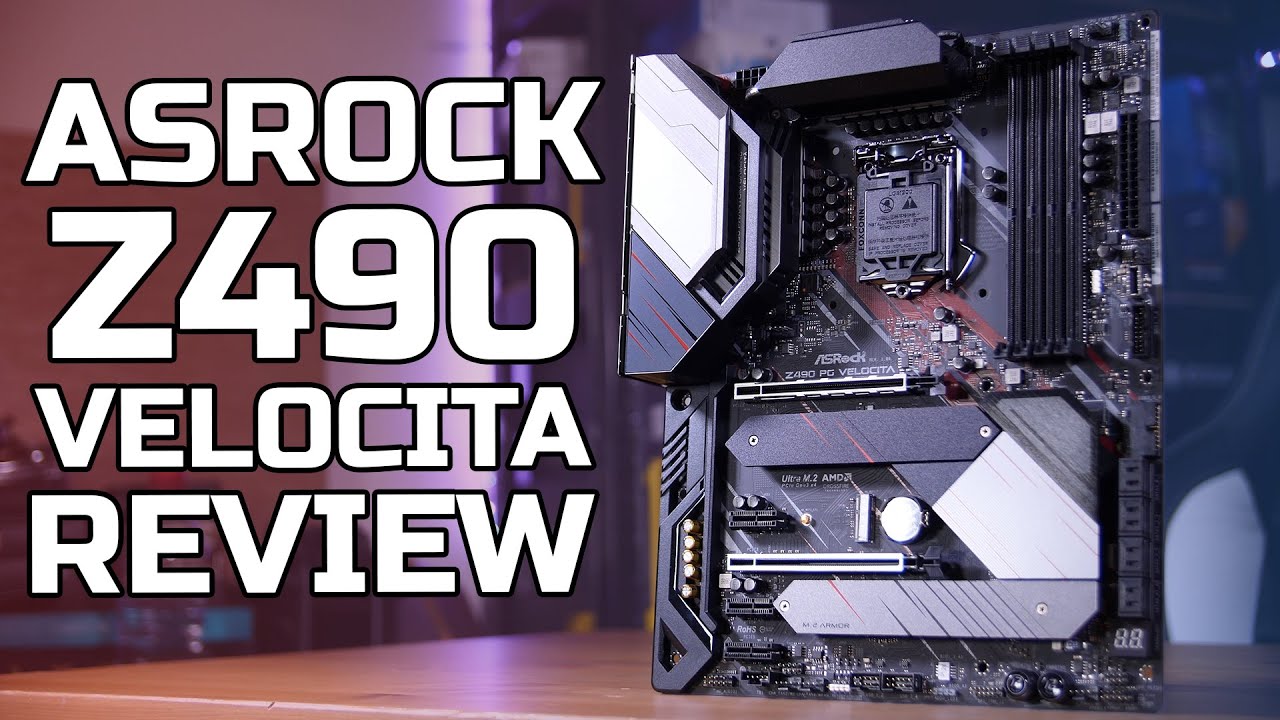 We always love to review ASRock motherboards, because the company has a habit of dropping motherboards that blow away the competition with much lower prices. The Z490 PG Velocita doesn’t quite get the balance right though.

The first issue is that there’s no Wi-Fi included, and you can definitely pick up this feature on much cheaper Z490 motherboards. You do get a small M.2 slot for the purpose, so you won’t need to use a dongle or expansion slot, but at this price, Wi-Fi is usually included.

It does have a few trump cards over more expensive boards though. There are eight SATA 6Gbps ports compared to the usual six, and you also get on-board power and reset buttons as well as an LED POST code display, none of which appeared on the pricier Gigabyte Z490 Aorus Pro AX.

If you need a full-fat Type-C header for your case, you’ll be disappointed though – while there is a Type-C header, it only runs at USB 3 speeds, which is a little cheeky. You get the usual 2.5 Gigabit Ethernet included on most other Z490 boards, though, and ASRock claims the board is PCI-E 4-ready, which relates to Intel’s next-generation CPUs being rumoured to be compatible with existing Z490 motherboards.

Meanwhile, ASRock’s VRM cooling has been excellent on some of its previous motherboards, and the same is true here. There are three VRM fans spread across two heatsinks linked with a heatpipe, but the fans only spin up under heavy loads to cool the 12-phase power delivery, and you can control their speed in the EFI or ASRock’s fan control software. We first noticed one spinning when the temperature hit 50°C, then another at 55°C, so it’s clear they don’t all spin up at once by default. Thankfully, they proved to be quiet – you couldn’t hear them over the rest of our test system’s fans.

You also get heatsinks for the M.2 ports, both of which support either PCI-E or SATA 6Gbps SSDs. There are seven fan headers too, with one offering up to 24W of power should you want to power your pump from it, although the competition usually offers at least one more header. There are no thermal probe headers either. You get the usual 4-pin and 3-pin digital addressable RGB headers, though, and the board has a splash of RGB lighting on the I/O shroud and chipset, which is vibrant but tasteful.

Meanwhile, the rear I/O panel is rather lacking for the price, with just five Type-A ports, although you do at least get full-fat Type-C and Type-A USB 3.1 (Gen 2 ) ports. As well as the usual 2.5 Gigabit Ethernet port, there’s also an Intel Gigabit Ethernet port and the full complement of audio ports for the on-board Realtek ALC1220 audio. However, there’s no form of BIOS flash back,or clear-CMOS button.

Overclocking was disappointing, as we failed to hit the usual 5.1GHz all-core overclock with our Core i9-10900K. Temperatures were toasty even at stock speed, despite using a custom water-cooling loop equipped with two 240mm radiators. In the end, we had to dial back the clock speed to 5GHz with a 1.3V vcore, but we still needed to apply the maximum load line calibration setting to prevent the voltage from falling below 1.27V and causing stability issues.

This also resulted in very high power consumption under load, which nearly topped 400W for the system as a whole, compared to just 299W with the MSI MAG Z490 Tomahawk. At stock speed, the idle draw was also high at 97W ,and the load draw of 359W was over 100W higher than MSI board.

Thankfully, the 100MHz deficit didn’t result in a massive disadvantage, given that many other boards have had teething issues with Intel’s 10th-gen CPUs. The system score increased only by 4,000 points over stock speed, but the video encoding test saw a 3 percent boost in the score, although there is also where it lost most ground to boards that managed a 5.1GHz overclock. This was also true in Cinebench,where it was a few hundred points of the best result.

Meanwhile, audio performance was reasonable, with a noise level of 106.6dBA and dynamic range of 106.5dBA, along with THD of 0.0021 percent, although we’ve seen better performance from a number Realtek ALC1220-based motherboards.

M/2 performance is solid, though, with our Samsung 960 Evo recording read and write speeds of 3,312MB/second 1,847MB/sec respectively. We placed our benchmarking SSD into the lower slot, which is often coolest and easiest to access, especially if your graphics card blocks the upper slot,as it does on this board. The M.2 heatsink did an excellent job of cooling the SSD too, dropping the peak temperature from 69° without heatsink to just 54°C with one installed.

We’re a bit disappointed by the ASRock Z490 PG Velocita, as it doesn’t offer more except for the cash,nor does it outperform more expensive boards. It’s tricky to overclock, has a high power draw, and it lacks numerous physical and software features compared with the competition, as well as having a very dated-feeling EFI.

The ASRock Z490 PG Velocita is more expensive and not much better than the far cheaper MSI MAG Z490 Tomahawk, while the Asus ROG Strix Z490-E Gaming is ultimately worth the extra few tenners to get a better a feature set and more competent overclocking.

Disappointing overclocking performance and a lack of key features mean you can get better value elsewhere.