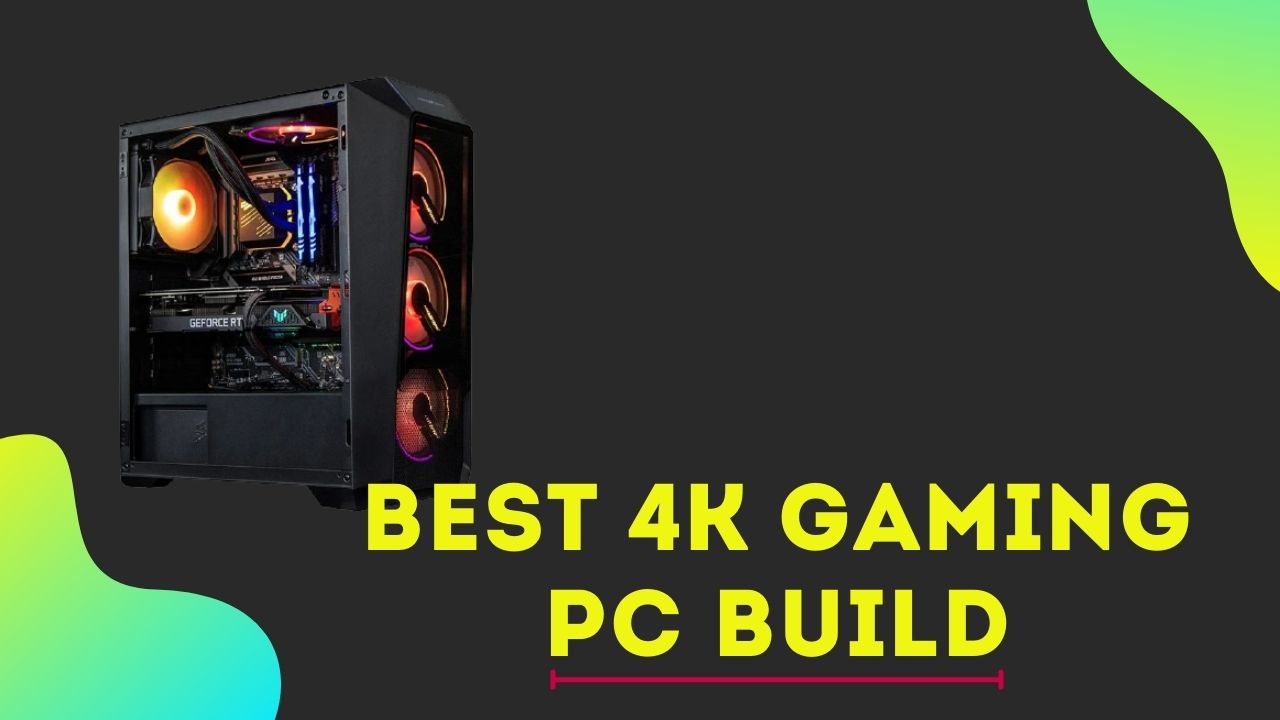 It’s that almost mythical thing as gentle as a whisper, and just as fragile. We move one step closer each and every year, and yet it seemingly moves one step further away every time we approach it.

4K gaming is something we’ve written about for many years, and something that has never come to fruition—at least, not in the way we want it to.  Why is that? Well, just as much as technology advances,  processors  get  more  efficient, and graphics cards render an ever greater number  of  frames,  so  to  do  gaming graphics improve,  code  gets  denser,  and  more modern effects come into play to imitate real life, requiring more processing power.

If the question was “Are the games of 2016 playable at 4K today at 60fps?” we could happily say “Yeah, with ease”—and yet that’s not the aim. We are human, and because of that, we constantly strive for more.  It’s  in  our  very  nature  and  is  the driving force in our society.

This hunt for gaming excellence leads to better technologies that worm their way into  every facet  of  our existence:  better graphics cards, more powerful processors, and faster memory  and storage affect everything from video rendering and  3D modeling to tailored medicine,  protein folding, and more. Without this multi-billion dollar industry we would undoubtedly be worse off as a species.

And so, we’re once again hunting for that mythical white whale. The aim is simple: 4K gaming at frame rates that are as high as we can muster, on a budget that is far more reasonable than it was in the past. Is this the moment we finally see 4K overtake HD and QHD as our main resolution? Let’s find out.

Along with its recalibrated 64MB of shared L3 cache and 8MB of L2 cache, this 7nm behemoth packs some of the best single-core performance in the business, achieving a massive 652 points in Cinebench R20’s single-core test. Compare that to Intel’s best, the Core i9-10900K, at 533, and it’s 22-percent faster.

The only things faster than it in multi-core scenarios are Ryzen Threadripper 3960Xs and above. It’s an insane amount of performance for a consumer desktop part—at least if you can find one in stock , and not at that ridiculous 50-percent markup we’re seeing today.

The new kid on the block, AMD’s Radeon RX 6800 XT may not quite be at the top of the Red GPU stack compared to our CPU of choice, but it’s darn close, and comes packing 72 of AMD’s latest RDNA2 compute units, 4,608 stream processors, and a grand total of 26.8 billion transistors. On top of that it boosts up to an impressive 2,250MHz at max load. this card is also perfect for Ryzen 7 5800X and Ryzen 5 5600X .

That’s not too shabby. Pair that with 16GB of GDDR6 on a 256-bit bus, and we’re onto a scorching-hot card that’s hopefully more than capable of powering all of the latest titles at 4K 60fps, if not much higher.

The downsides? Well it’s a power-eater for sure, with a rated TDP of 300W. The cooler design itself features some red accents, so it can be difficult to color-coordinate your system. Oh, and it’s not in stock anywhere, really. And if it is, it’s 129 percent its original price thanks to scalpers.

If you’ve had a cursory glance at the cover and this feature’s opening spread, you’ll notice that this thing is illuminated to the hilt with RGB lighting. We’re leaning on Corsair a heck of a lot to get this build all black, white, and red—those traditional PC gaming colors.this is also compatible with Ryzen 9 5950X gaming PC.

To that end, we’ve also borrowed some of the memory from one of our older builds, the Data Scientist rig. We’ve grabbed 64GB of the stuff straight from the computational powerhouse, as it comes complete with a 3,200MHz frequency, and a C16 latency rating, making it ideal for our 4K gaming aspirations. There’s certainly no chance we’ll be throttling on memory here, that’s for sure.

worried about it not hitting that 3,600/3,733MHz sweet spot—in our testing, performance gains on that front tended to be within the 1-3 percent margin, and not worth the extra cash on an already expensive product due to stock shortages.

We may have railed against this product only an issue back, but that doesn’t mean we’re not going to use it. Outside of those increased price jumps year on year, the Asus ROG Dark Hero is still an exceptionally impressive board, with a fantastic array of connectivity, excellent power-delivery, and an aesthetic that looks killer in the flesh.this board is perfect for AMD Ryzen 5 5600 and AMD Ryzen 9 3900X.

It also comes with support for 2.5Gbps Ethernet, Wi -Fi 6, memory support up to 4,866MHz, and can handle any Ryzen processor from the 2000 series onwards, albeit with some caveats to connectivity. You’ll still need a third-gen and above access to PCIe 4.0 for the storage and graphics solutions we’re using here, but all these ports are backwards compatible with PCIe 3.0 devices.

Sadly, like almost every product in this build, the scalpers have been at it again, and there’s very little stock online, so this is currently only available for $740.

We can’t build a kick-ass 4K gaming PC without upping the ante when it comes to storage. Across our system we’re taking advantage of M.2 PCIe devices, with one of our most used drives at this point, the Corsair Force MP600 M.2 PCIe 4.0 SSD.

It’s also worth noting that the latest Corsair Force MP600 Pro has just been announced at the time of writing. So if you can, pick up one of those instead, as it ups those sequential figures all the way to 7,000MB/s for both read and write speeds. Is that necessary for gaming?

Probably not, but it’s the only product on our list that hasn’t been hit by mass shortages and price scalping, and if you fancy working on any non-gaming projects, then a nippy OS drive will help.

Our drive of choice for our secondary storage is the Corsair MP400. This is what QLC drives should have been to begin with. Although it’s not as rapid as some of its SLC brethren, Corsair’s MP400 packs in an impressive warranty, alongside solid sequential performance for small file transfers, making it ideal for game and media storage.

This is in part due to its large dynamic write cache, and it’ll happily top out at 3,480MB/s sequential read, and 1,880MB/s for a good 250GBs before falling off that cache cliff in the writes. Considering that a lot of the data you’ll be moving is a lot smaller than that, you shouldn’t run into trouble.

The cache does recover somewhat quickly (our reviewer tells us, usually within 30-40 minutes), but let’s be fair, this is a 2TB drive for just over $250. That’s around 8GB per dollar, making it one of the best-value SSDs on the market right now, and thankfully not a product that’s massively out of stock anywhere.

We’re keeping things simple with our power supply setup. It’s an 80+ Bronze, 750W affair. That should be more than enough for our system—we expect at max load this thing will draw about 600W from the wall, at least according to PC Part Picker.

It’s worth mentioning in regards to those figures that these are worst-case synthetic scenarios. It’s highly unlikely you’ll be in a situation where both the gaming CPU and the GPU are at max load simultaneously, as one will inevitably bottleneck the other. As such, even 600W is pushing it really. However, it is right on that sweet-spot for 80-percent efficiency.

The CXF comes with an RGB fan as standard, and we’ve paired it with a set of Corsair’s Red Pro cables to make that Radeon GPU pop.

For cooling, we’re again leaning on that big Californian giant in the form of the H150i Elite Capellix cooler. Generally speaking you can get away with a 240mm AIO for the Ryzen 9 5950X, but we want to make sure we’ve got enough headroom to play with if we decide to go down the overclocking route in the future.

We might need to keep an eye on the PSU if that’s the case. We’re also big fans of Capellix LEDs, so the H150i Elite is a no brainer, although it is a rather expensive cooling combo.

We’ve also got two sets of Corsair QL120 triple-fan packs. These each come with an RGB commander module to connect six of them together and control them via iCUE.Corsair iCUE H150i is perfect for Ryzen 5 5600 Cooler.

And last but by no means least, we have our chassis of choice for this build, the Corsair 5000D Airflow. The bigger brother of our budget favorite, the 4000D Airflow, the 5000D expands on those newly introduced design decisions found in this latest generation, and comes with a ton of hardware support, including E-ATX mobos, vertical GPUs, push-pull rad configurations, and side-mounted radiators. On top of that, it also features those small touches to the aesthetic design that the 4000D has as well.

What’s more impressive is the price—at $150 it’s nothing short of awesome, and follows a very similar vein to the 4000D. It also has its spin-off variants, including a solid-panel version (the 5000D), an RGB glass variant (5000X), and of course is available in black or white as well.

And there you have it, one ship-shape 4K gaming PC powered entirely by AMD. We’ve been wanting to do one of these builds for a while now, just to see what the added benefits are in the real world when it comes to AMD’s Smart Access Memory tech.

For those that don’t know, when using AMD Ryzen 5000 CPUs (and now 3000-series processors), with a Radeon 6000-series card and appropriate gaming motherboard BIOS (X570 chipset), you can enable Smart Access Memory. This basically gives the processor complete access to the GPU’s VRAM.

Traditionally your processor can only ever access up to 256MB of that VRAM at any one time, regardless of how much VRAM the card actually has. The CPU then uses that VRAM as a frame buffer to store information regarding the upcoming frames that the GPU has to render.

In this case it could be textures, color values, and so on. Obviously, having a limit of only being able to access 256MB at a time acts as a considerable bottleneck, so the way AMD has got around this is by using the extra bandwidth available from PCIe 4.0 and a few driver tweaks to give the processor unlimited access to the GPU’s VRAM.

It’s worth pointing out that AMD hasn’t patented this, and it’s not something that’s going to stay only with Team Red. In fact, the company is actively working with Nvidia to get its cards operating in a similar manner with Ryzen processors, and even cooperating with Intel to ensure that Radeon cards work with Intel chips in the same way. Nvidia has also announced that it’s working on its own variant of this technology. AMD has stated that this can lead to up to 16-percent performance increases across select titles.

In our testing we found that to be generous. On the whole we saw average improvements of around five to six percent across our testing suite at 4K, compared to it being turned off. That’s nothing to be sniffed at, and free performance is free performance. It’s likely, as games further advance over the next few years, that developers will be able to take better advantage of the frame buffer because of these improvements, so it could make a serious difference in future titles.