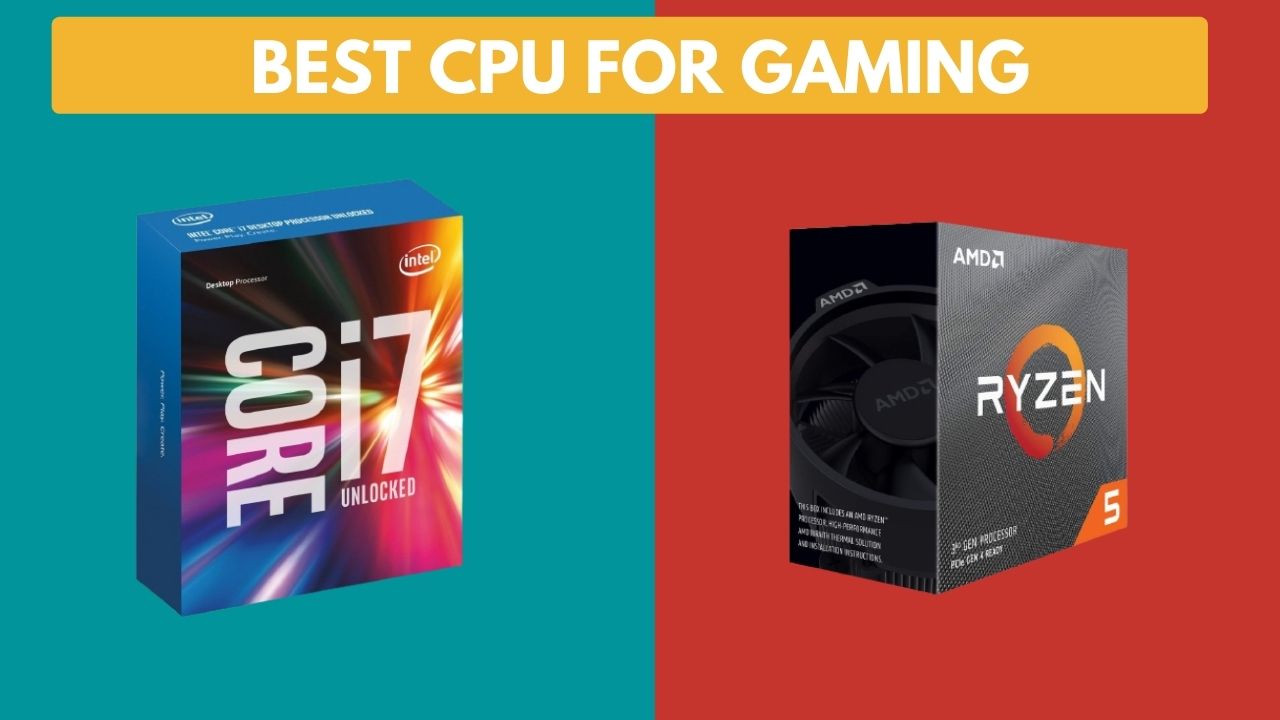 Fire up your rig with the best CPU for gaming. Traditional wisdom dictates that if you want the best gaming performance there is really only one option: Intel. That thinking is now outdated. With the release of AMD’s Zen 3 architecture and it’s Ryzen 5000 family of chips, there is now nothing between Intel’s finest and AMD’s latest. Some games may favour one over the other, but we’re talking a few frames here and there on average. Intel has lost its gaming crown.

This is good news for us gamers, as it means there is now genuine competition between the two chipmakers, and that has already led to Intel’s prices tumbling.

You’d be forgiven for thinking Zen 3 is a simple evolution of Zen 2, but it’s actually a complete redesign. A redesign that fuels the 19 percent IPC improvement over Zen 2, which isn’t a boost that comes easily – you need only look at Intel’s modest improvements over its last few generations for proof of this. And it’s that 19 percent boost that is responsible for AMD finally managing to not only catch up with Intel but overtake it in gaming.

For Zen 3, AMD has moved to an eight-core chiplet design as opposed to the previous four-core model, which improves communication between the cores and the cache. Now all eight cores can access 32MB of L3 cache directly, and don’t need to go through the I/O die to do so. There are other improvements as well, but this one shift is key to improved throughput for video games.

After a lot of tests here are the latest cpus which are best suited for gaming and streaming in 2021.

The best all-round CPU for gaming and streaming. AMD’s new Zen 3 architecture boasts a sweet 19 percent IPC improvement over its predecessors. For us gamers that means AMD can now stand toe to toe with Intel when it comes to gaming. Honestly, there’s so little between these two now that anyone claiming otherwise is simply delusional.

Whatever resolution you’re gaming at, this processor can handle it, and keep your graphics card of choice fed with lots of juicy frames. The fact that this is a 12-core, 24-thread monster means that it can cope with anything else you throw at it as  well. So if you have dreams of 3D rendering, video editing, streaming your gaming, or any other serious tasks, you’ll know that you have the raw grunt to handle it. The fact that it won’t hold you back when gaming just makes it even sweeter.

The only real downside to this is how much it costs, but you absolutely get what you pay for, and this is a phenomenal chip for gaming and anything else you might want to do.

The best CPU for gaming on a reasonable budget. Everything that’s great about the 5900X rings true for this more affordable Zen 3 chip – you’ll hit the same frame rates in games as you will with our number one pick. Top tier performance from the most affordable Zen 3 CPU? We’ll say yes to that every single day.

It does have half the core count of the 5900X, rolling in as it does with 6-cores and 12-threads, but this is only an issue with more serious workloads, and for more reasonable stuff this is more than sufficient. You could argue that gaming could go beyond the 12-threads we have here, but there’s no evidence of that yet, and that’s despite the fact that the next-gen consoles are rocking 8-cores and 16-threads.This gaming CPU is also compatible with Radeon RX 6650 XT CPU and this is also perfect for programming.

The Ryzen 5 5600X also bucks the trend of the Ryzen 5000 family by shipping with a Wraith Stealth cooler, so you don’t have to drop extra money on a third-party chiller. You don’t need to, but if you do, you’ll hit higher clocks for longer and also open up the wonderful world of overclocking, which could make it worth your while.

Intel’s best gaming CPU is a great value proposition. The Core i7 10700K is Intel’s best 10th gen gaming CPU. It trades blows with AMD’s new Ryzen 7 5800X, which is another 8-core, 16-thread processor of the 7nm Zen 3 variety, but represents better value for money.

It’s not as powerful in serious applications, but in terms of pure gaming, there’s really not a lot in it. This is basically $70 cheaper than AMD’s similarly capable chip, and that’s money that could be better spent elsewhere.this is also supported by RX 6900 XT CPU , RTX 3060, and AMD Radeon RX 6750 XT CPU.

Where Intel does have more of an edge is in the overclocking stakes. AMD processors don’t have a lot of overhead in them, while you can easily push the 10700K over 5GHz on all cores, and without melting through the heat spreader either.

AMD does bring PCIe 4.0 support to the party, though it’s worth noting that despite Nvidia building it into the Ampere RTX 30-series cards it doesn’t have a whole lot of impact in terms of gaming performance just yet. What it will do is allow you to use the highest performing PCIe 4.0 SSDs, which is neat.

A great mid-range chip for serious work and gaming. In the alternate universe where Intel doesn’t exist this is an incredible chip that would easily make it into our top three recommendations. It’s great for gaming, producing the same figures that can be seen for the 5900X and 5600X, but it also appears to hit the sweet spot in configuration terms, with its eight cores and sixteen threads surely seeing it right for the future, because that is what the Xbox Series X and PlayStation 5 consoles are rocking.

Unfortunately for AMD, Intel does exist, and the blue company’s Core i7 10700K matches this in plenty of the more important metrics but has this chip beat in one major way – value for money. This is faster in serious tasks, and if that’s what you’ve got an eye on, then buy this and don’t give it a second thought. But if you’re mainly looking at gaming, Intel does pretty much the same but costs less. And that’s hard for AMD to get away from.

This is still a great Zen 3 chip either way and includes support for PCIe 4.0 for next-gen SSDs.

The Comet Lake flagship is still a powerful option. Intel’s top gaming chip lost a lot of what made it special with the release of Zen 3. When the 10900K was first unleashed it came with the reassurance that it was the ‘world’s fastest gaming processor’, but that’s not a claim it can really hold on to anymore, with plenty of games handing wins to AMD’s Ryzen 5900X. It’s still a cracking game chip, don’t get us wrong, but it traded on being the very best, and once that went, it lost its shine.

It’s still overkill for the vast majority of cases, apart from possibly at the very, very high-end, and for serious workloads – although there AMD chips make more sense. So, you probably don’t need the 10900K, but if you do build a machine around it, you know it won’t be this chip that’s holding you back.

The Core i9 10900K is the first time Intel has managed to squeeze ten processing cores into its mainstream line up, and given it’s capable of hitting 5.3GHz (however briefly), it represents an impressive feat of engineering if nothing else.

A great budget-friendly option for Intel builds. The Core i5 10400F is an exciting option. It’s slightly faster than the previous-gen Core i5 9400 but that F-suffix means it ditches the Intel integrated graphics completely. That’s not a problem for gamers unless you want to use QuickSync, although Nvidia’s NVENC is arguably better anyway. It’s an excellent budget choice that doesn’t cost much more than a Core i3 processor.

There are other compromises, like the locked multiplier – so no overclocking. But that means you can save money and grab a cheaper H470 motherboard. At least you get a cooler in the box, something we’d like to see as an option with every CPU. Most gaming boards will run the 10400F at 3.9GHz as well, so don’t fret about the low base clock.

While the i5 10400F may not be as fast as other CPUs in multi-threaded tests, in our gaming suite, it’s tied with AMD’s last-gen 3900X. If you’re gaming on a tight budget then this is hard to beat right now – it’s somewhat ironic that Intel has become the budget choice.