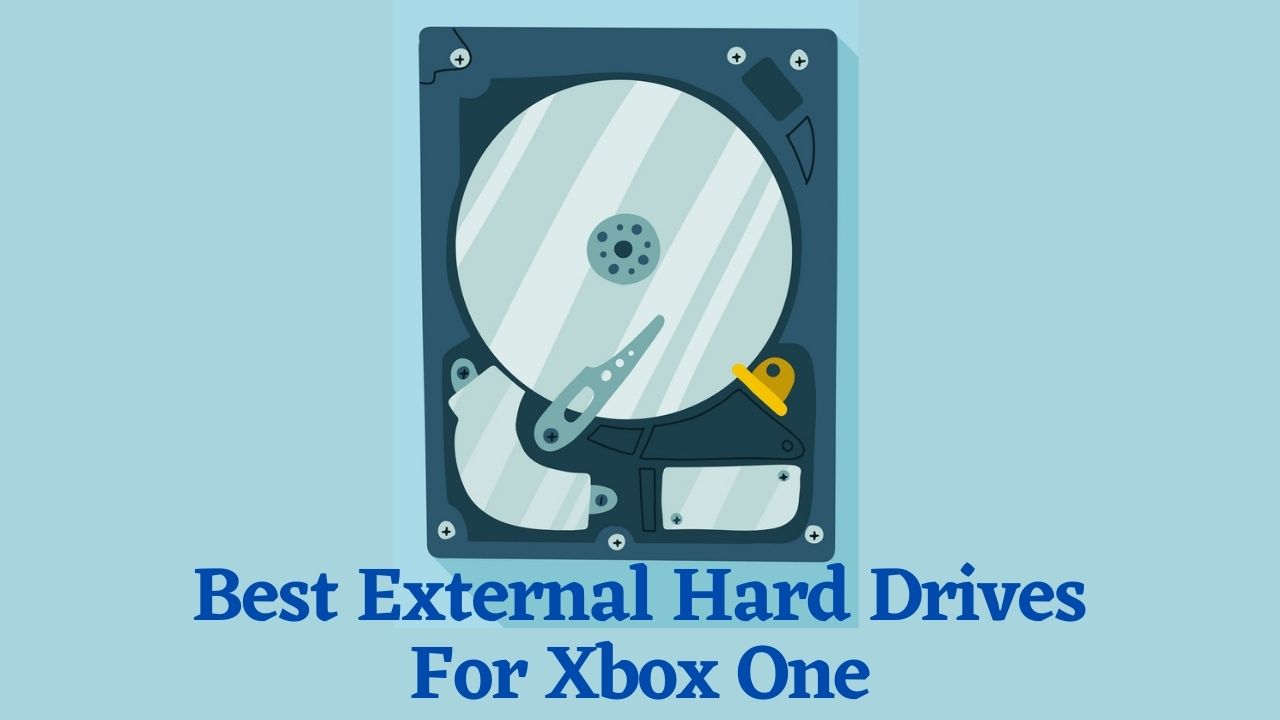 If you need more HDD storage for your games, here are the best external hard drives for Xbox One 4TB in 2021, for you to download and play more games.

While the Xbox One comes with a decent sized HDD, adding an additional external hard drive can still help. Why ? Because as new games are released, they become larger and larger, hence takes more storage space.

Which means that eventually you will have to delete older games to make room for new ones, like for example, Red Dead Redemption 2. If you have a top external hard drive for xbox one, it will expand your storage capability, and to store game installations, DLCs, patches , recordings, screenshots, and anything else that takes up space on a hard drive in general.

And best of all, the best external hard drives for Xbox One are very easy to use,and that their price drops regularly.

What features should you look for in your new HDD? Make sure you buy one that has enough space for your gaming use. If you only buy two or three games a year, 1TB could be enough for you (which is equivalent to doubling the capacity of your console).

If you regularly download games with Golds, and buy one game per month, then you will need at least 2 to 4TB. And if you play games on an Xbox One X, in 4K, you will definitely need 4TB, for all the 4K assets that go with those games.

Fortunately, if you do it right, you can get a good 4TB hard drive for around $90 from WD or Seagate. Most modern external hard drives for Xbox One apply the USB 3.0 standard (just make sure yours is compatible), and as long as you stick with a reliable brand like Western Digital, Samsung, Seagate etc you will get something reliable and fast.

List of Best External Hard Drives For Xbox One

Here are our picks of the best external hard drives for Xbox One, with the lowest prices you’ll find on the net.

The best external hard drive for Xbox One strikes the perfect balance between space and price.

Our pick for the best external hard drive for Xbox One is the Western Digital 4TB My Passport series. Our previous choice was a 2TB drive, which is still more than enough for most people, but for Xbox One X owners and their 4K games.

This is the best way to prepare for the future. This USB 3.0 (and USB 2.0) compatible hard drive features 256-AES encryption and cloud storage, along with WD’s proprietary backup software.

In fact, all you really need to know is that this drive strikes a great balance between size, speed, and price. This 4TB external hard drive can hold up to 40 Xbox One X games, and up to a hundred classic Xbox One games.

Basically he’s a monster and with a three year limited warranty, there is no reason not to trust this device completely. A 2TB option is also available, but the 4TB version represents the most advantageous option.

Our recommended budget option to double the original capacity of your Xbox One.

If your primary goal is to store video captures of your games or a few small Xbox One or Xbox One X games, then the Canvio Basics is a great external hard drive for Xbox One.

We have listed the 1TB option here, but a 500GB version is also available. It is inexpensive and has a fast USB 3.0 connection. As long as you don’t plan on storing very large amounts of data.

It will allow you to increase your storage space for a very low price. Remember that you still have the console’s internal hard drive, so adding a 500GB or 1TB external hard drive to an Xbox One S will give you a total capacity of 1.5 or 2TB.

Again, we usually recommend hard drives of at least 2TB, especially for storage on Xbox One X, but if your budget is tight and you don’t mind removing and reinstalling games on occasion, this Toshiba is a great option.

The best hard drive if you want lots of space and the reliability of the official seal. This external hard drive with the official Xbox One seal comes in 2TB or 4TB versions, giving you the choice if you prefer to store games or media.

It’s basically a basic Seagate hard drive in a nice case, and you pay around $ 15 extra to get the (rather stylish) Xbox logo and a case of the brand’s official green.

If your budget allows it, and aesthetics are important to you, this hard drive remains a perfectly viable choice, and you will often find it on sale.

The Seagate 2TB Xbox One Game Drive in Official Xbox Green often benefits from price cuts based on big resale events, so feel free to wait for a big event like the holiday season to buy it at lower price.

Our choice for those who absolutely never want to run out of space. The Seagate Expansion 6TB is USB 3.0 compatible and has more space than you will probably ever need.

It’s the perfect choice for the prolific Xbox One user with a massive game library who wants to buy just one hard drive and then forget about it.

The huge storage capacity comes at a steep price, obviously, and this 6TB hard drive also requires an external charger (included in the box), but it’s particularly sleek for a device of this size.

The Intenso 6021512 is one of those external hard drives that stands out for its transfer performance and capacity. It has a Super Speed ​​3.0 USB port allowing it to transmit your data in less time than it takes.

It mobilizes a speed ‘ed writing of 75 MB in the second for a top reading 85 MB / s. This is perfect to move into its memory large files like videos and Full HD images. Besides that, one of the really appreciable points with this HDD disc remains its appearance. Black in color, it has a simple and refined design.

In addition, it is portable and compact with its dimensions of 19 x 16 x 3 cm and its weight of 236 grams. Its body is made of resistant plastic allowing it to minimize the heating effects. Also, its LED display allows a comfortable reading.

Fast and secure, this external hard drive from Intenso delivers outstanding data transfer performance. It transmits files through an RPM / cache that can reach 5400 rpm . This is valid whether you connect it to a PC under Windows (XP, Vista, 7, 8, 8.1, 10) or under Linux 2.4x, as well as to a MAC version OS 10.6 and above.

I highly recommend this Intenso 6021512 if you are looking for a fast transfer external hard drive at an affordable price (a little over a hundred dollars). It is the perfect device for storing your large data despite its double-edged Y power cable.

6. The Seagate Game Drive for Xbox Portable for Xbox One and Xbox 360

A hard drive that you simply have to plug into your console from a micro-USB socket, the Seagate Game Drive stands out for its speed and performance that has already won over many. Here you have a data transfer rate of 625 Gb per second, thanks to a USB 3.0 socket.

Simply operating with a USB power source, it adapts to any situation and need. It can even be carried anywhere if needed.

The Seagate Game Drive for Xbox Portable is an external hard drive with a capacity of 2TB that could change your experience completely.