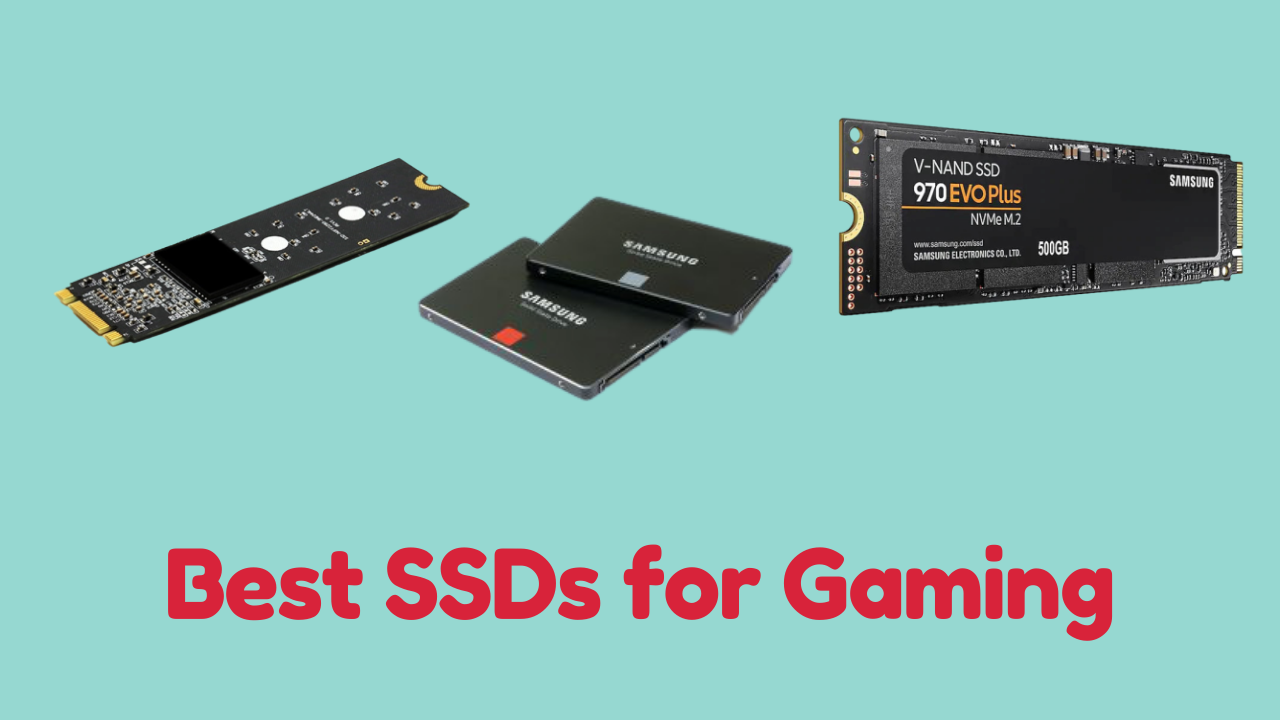 SSD Storage may not get the blood racing in the same way that a gaming CPU or graphics card does, but it is an increasingly important component of any gaming system. With the next-gen consoles both looking to make the most of their PCIe SSDs, it seems only reasonable that tomorrow’s games will put a greater emphasis on storage than they currently do.

And as it is, there’s a lot to be gained from moving up to speedy SSDs, from games loading quicker to day-to-day operations just not taking as long and Windows booting almost instantly.

When we’ve looked at SSDs before, you’d find this list stuffed with SATA-based drives from top-to-bottom, with potentially only one or two PCIe SSDs lurking at the high-priced extreme end.It’s now becoming increasingly hard to recommend the old school 2.5-inch SSDs, simply because there isn’t much of a pricing delta between the best NVMe SSDs and their SATA-based equivalents.

When the cheapest 2.5-inch 1TB SATA SSD is only under 10 less than the same capacity PCIe drive, and is four times slower, why would you consider going for the older technology? The only reason we can see is if you have an older gaming motherboard.

Here are our top picks for the top quality ssds for gaming builds in 2021.

Addlink may not be a recognisable storage brand like Samsung, WesternDigital, and Crucial, but that hasn’t stopped it tearing through the SSD landscape to become a name to beat. This is thanks to its aggressive pricing and strong performance.

The clever bit is that that performance comes courtesy of the same technology that can be found in more expensive drives: the combo of a Phison E12 controller alongside Toshiba TLC 3D NAND makes for a potent pairing, and because they’re big names, they should also give you some peace of mind.

In practice you’re looking at a drive that is only just behind Samsung’s Evo Plus in the benchmarks, but that costs significantly less. We see that as a reasonable compromise.

The Addlink S70 512GB model is arguably the best SSD to build your system around, particularly if paired with chunkier storage. Alternatively, the 1TB version has even better write speeds of 3,000MB/s, and that can be picked up for under $120.

It’s hard to beat Samsung’s M.2 NVMe SSDs. Samsung was the first company to release such a drive and it has kept the pressure on with updates. The 970 Evo Plus is one of the fastest M.2 drives around, with only a few SSDs capable of beating it (Intel’s painfully expensive Optane 905p is a notable exception).

Samsung’s own 970 Pro also comes out ahead at times, but frankly, it’s not worth the 50 percent price increase.this SSD is also Compatible with NAS Software.

The 970 Evo Plus rates well for endurance, which bodes well for its longevity. The 1TB model is rated for 600TB of writes over five years or a whopping 329GB of writes per day. You’d need to fill up and then wipe the drive every three days to manage that many writes– well beyond any normal usage habits.

The 500GB and 2TB models are worth a look as well, if you want a lower price or more capacity, respectively. But for most users, the 1TB drive strikes the sweet spot between performance and capacity.

After the success of its S70 SSDs, it was only logical that Addlink would release a PCIe 4.0 SSD, as it’s clearly the future of the format. And Addlink has managed to upset the establishment with the S90 in exactly the same way that the S70 did. You’re looking at the same performance as the Corsair MP600 Force and Gigabyte Aorus NVMe, but for less cash.

Those companies have dropped their prices in response, but you can still generally pick this up cheaper than those.

You’ll need a X570 or B550 motherboard and a Ryzen 3000 CPU to get the most out of this drive, but if you have such a setup, you can hit 5GB/s reads and 4.3GB/s writes. If you’re still rocking a Gen 3.0 motherboard, then you’ll max out the bus at 3.4GB/s, which is certainly nothing to be sniffed at.

Basically, we found that this is the future of SSDs, and if you’re in the market for a new drive to help speed up your setup, then this should definitely be on your shortlist.

If Addlink is the unknown underdog upsetting the market, Sabrentis the plucky upstart ready to scoop up all the plaudits. Its drives use the same controllers and NAND memory as Addlink’s, but there’s a little more care and attention to the overall user experience for the same amount of money.

The Sabrent Rocket 2TB NVME 4.0 is a case in point, matching the Addlink S90 in terms of performance, but it ships with Acronis True Image and a funky heatsink that helps keep temperatures down in use (particularly useful if your motherboard doesn’t have a heatsink for the M.2 slots).

Again you’ll need an AMD Zen 2 system to hit the 5GB/s and 4.3GB/s read and write speeds, but other platforms will max out at 3.4GB/s, which isn’t exactly bad. We’ve highlighted the 2TB model here just because it shows just how much prices are coming down, and that much space means you won’t need a data drive to go alongside it.

It may seem strange that the Crucial MX500 is the only SATA drive in thislist,but when the price delta between PCIe and SATA is so small it’s difficult to make any argument for the far slower technology. However, there is a hard limit on the number of M.2 slots on motherboards, so there is still a place for SATA SSDs as secondary storage.

And the Crucial MX500 is one of the best options around. With SATA’s maximum theoretical bandwidth limit of 600MB/s it’s about as quick as you’ll get and Crucial’s drives have long been among the best-value options available too. This is the most affordable 1TB SATA drive you can pick up, and would make a great second home for your Steam and Epic libraries.

It will happily function as a boot drive on systems with no M.2 sockets, or at least no bootable M.2 sockets anyways, but you will be missing out on the zippy response of your operating system running on the SSD-specific NVMe protocol.

The 4TB Sabrent Rocket Q is one of the largest NVMe drives you can buy right now, although an 8TB model of the Rocket Q is on the way as well, if you really want to splurge on your storage. As it is, this is a lot of money, but for those looking to build an extreme gaming rig, this fits the bill nicely enough.

The reason Sabrent has managed to hit such a high capacity is down to the use of QLC memory, which stores four bits per memory cell. This does affect performance ever so slightly, and endurance isn’t as good as TLC drives, although this is offset somewhat by the capacity on offer here.

And in testing the drive performance is absolutely solid. It can’t compete with the PCIe 4.0 gen drives, but if you’re not rocking a AMD Zen 2 system, that’s not all that much of an issue anyway.

Yes, it’s expensive, but it’s so big you can forget about installing games on a slower data drive, and just enjoy top performance pretty much all the time.

SSDs make your whole system faster and more pleasant to use. But they matter for gaming, too. An SSD won’t affect frame rates like your GPU or CPU, but it will make installing, booting, dying and reloading in games a faster, smoother process.

When shopping for a good SSD, one of the most important factors is the price per gigabyte. How much will you have to spend to keep a robust library of Steam games installed, ready to be played at a moment’s notice? With many new games surpassing the 50GB and even 150GB mark, this becomes even more critical.

To find the best gaming SSDs, we’ve put them through their paces with a variety of benchmarking tools to check the claimed throughput stands, and the good news is that all the ones listed here have definitely impressed us the most.