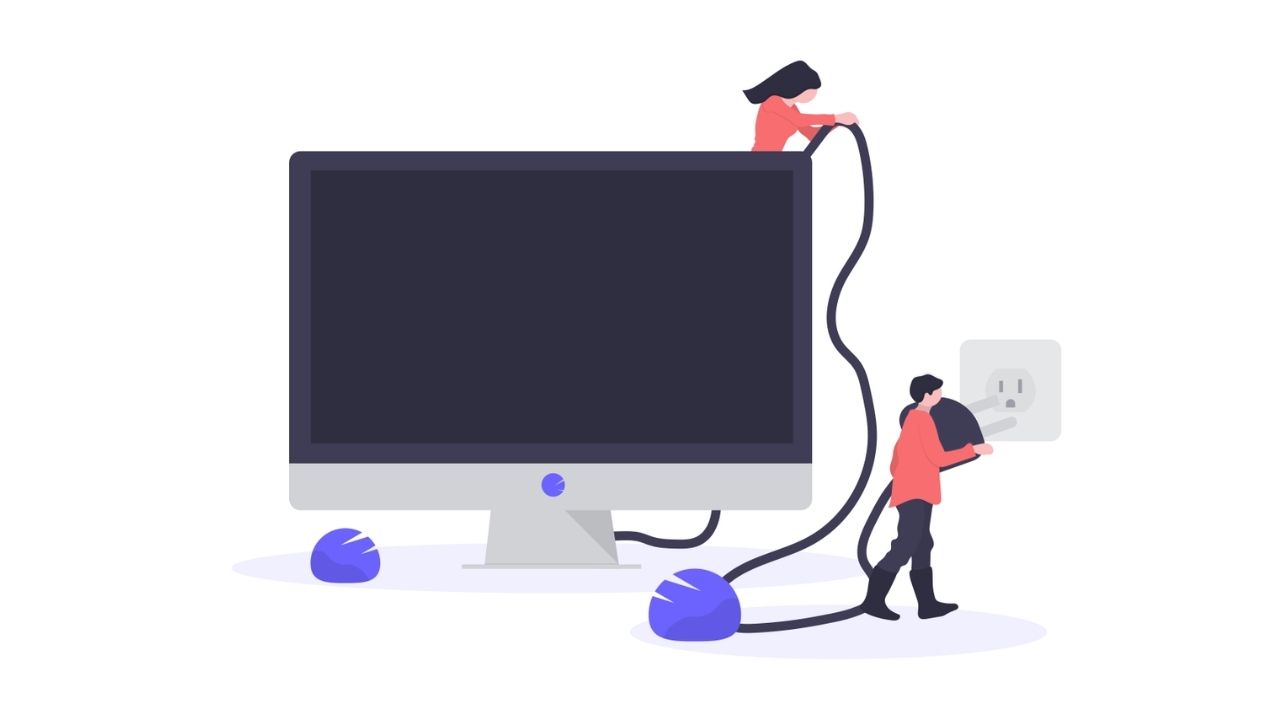 Let us Show You How

If you use a good-size monitor with your desktop PC, you can also connect it to other computers – such as a laptop or Raspberry Pi – and switch between them as required, so all your devices can benefit from the same large display.

Let’s start with the monitor. Depending on your needs and where you’ll be using your setup, the bigger the screen, the better. Obviously, having a lot of screen space means you’ll get the most from leisure activities such as watching videos and playing games, but you can also use Windows’ built-in Snap feature to arrange various windows – Word, email and your browser, for example – on a single display.

We’ve reviewed a selection of affordable screens, so choose one that best fits the connections you have on the devices you want to use it with.

Screens like this come with a wealth of ports that let you switch between various inputs. Just as you can switch between your various TV connections – set-top box, DVD player and so on – you’ll be able to jump to whatever input you require, making it very easy to switch from a desktop on DisplayPort 1 to a laptop on HDMI1 or a Raspberry Pi 4 on HDMI 2.1. We go into more depth on how to set up and configure your screen in our Mini Workshop, opposite.

Next, you’ll need a keyboard and mouse. You probably already have one (or more) of these, but it may be worth spending some extra money on a better model, for more flexibility. If you have a USB keyboard and mouse, you can just unplug them from one PC – such as your Windows desktop – and plug them into another computer, such as a laptop, Mac or Raspberry Pi, at the same time as you connect the monitor input.

However, this arrangement won’t work if you want to connect a device that doesn’t support USB, such as an iPad. The solution is to go for a Bluetooth keyboard and mouse, which will let you quickly hop between different devices with a minimum of fuss. Most modern computing devices come with built-in Bluetooth, so you don’t need to do much to connect your peripherals, but if you have a desktop PC that doesn’t support the wireless standard, you can buy a Bluetooth dongle for a few quid from Amazon. Bluetooth peripherals can sometimes be a little temperamental but disabling and then reconnecting them usually fixes most problems.

Some keyboards, such as the MX Keys from Logitech, can be paired with multiple devices (up to three, in the case of MX Keys) and you can quickly switch between them at the press of a button. Logitech’s Flow-enabled MX Master 3 mouse can not only be customised for use with supported programs such as Photoshop, Word and Google Chrome, but you can use it with multiple computers at the same time – provided they have their own screens. Move your mouse cursor to the edge of your laptop screen, for example, and it jumps to the display you’re using for your desktop PC or Mac. It even lets you copy text, images and other files between computers by dragging and dropping

Pairing the MX Master 3 mouse with the MX Keys makes your setup even smarter. When you move the mouse from one computer to another, the keyboard switches at the same time. Of course, there’s a price to pay for this level of sophistication – buying the keyboard and the mouse will cost you $100 each.