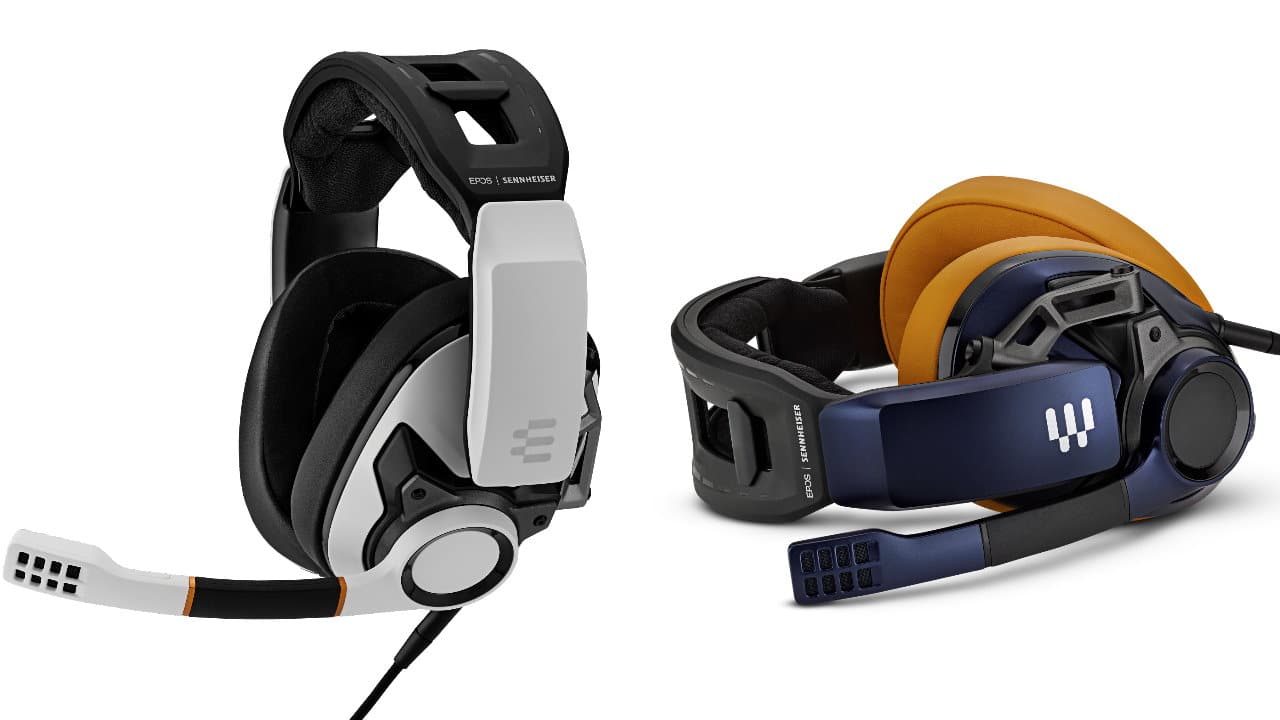 The GSP 601 is the latest addition to the newly renamed Epos Sennheiser line of gaming headsets. It’s essentially just a color-updated version of the GSP 600, but we’ve not reviewed that headset before, so this is a good chance to take a look.

Despite being nearly all made from plastic, it’s a very well-built headset with clear levels of finesse and strength to every part.

Whether it’s the lovely smooth matt finish used throughout, the total lack of mold seams on the edges, or the sheer heft and ruggedness, this headset is built to last and feel good. It’s also a reasonably comfortable headset to wear. The headband is cleverly split in two, spreading the relatively hefty 395g weight of the headset while still allowing air to flow, although it does still feel heavy on your head.

The earcups are also deep and pleasantly contoured for a cosseted but comfortable fit. Thanks to ample, very soft cushioning with a velour covering that provides a surprising amount of grip.

Adding to the comfort is an intriguing adjustable headband. As well as the usual sliding height adjustments on each arm, there are two sliding sections Inside the gap between the two parts of the headband.

These sliding sections adjust the clamping force of the headset, allowing you to reduce the otherwise strong squeeze on the side of your head. It’s a notable improvement over the fixed tension design of the company’s previous GAME ZERO headset.

As for those new color updates we mentioned, you can still get the original all-black GSP 600. this white GSP 601 with copper accents, and the intriguing blue and tan scheme of the GSP 602. The white and copper looks attractive enough, if a little busy.

When it comes to features, the GSP 601 is a simple analogue stereo headset, with no wireless communication, detachable microphone, virtual surround or additional inputs or outputs. You do, however, get a very good-quality microphone that has a class-leading frequency range and a noticeably fuller sound than most gaming headset microphones. It also conveniently folds up and out the way, auto-muting in the process.

There’s also an on-headset volume wheel that’s satisfyingly large and easy to locate, although it’s very stiff to move. This helps to ensure it doesn’t get knocked too easily, a problem with the GAME headsets, but it’s gone a bit too far the other way in this case. The main audio cable is also detachable and uses the same mini­jack as the GAME headsets.

For sheer power and clarity, the sound quality is impressive, as indicated by its wide 10Hz-30KHz frequency range. However, Epos has fallen into the trap of going for a particularly pronounced ‘gamer’ sound profile with a massively boosted top and low end.

As a result the high end sounds shrill, the low end is overly prominent and the whole presentation ends up sounding strangely hollow. It works well enough for gaming, but we’d much rather that equalization was applied via software, leaving the headset to sound better for music and video.

We are generally fans of Epos Sennheisers approach to headset design, finding the company’s headsets to be comfortable and well built, plus they offer superb sound quality. Largely, that holds true for the GSP 601, but It’s heavier than some of the company’s previous headsets, it’s quite pricey for the features, and its sound is a little heavy on the bass and treble to be useful outside of gaming.

High build quality and sound detail make this a worthy high-end headset, but it’s expensive for the limited feature set, and its sound won’t suit everyone.