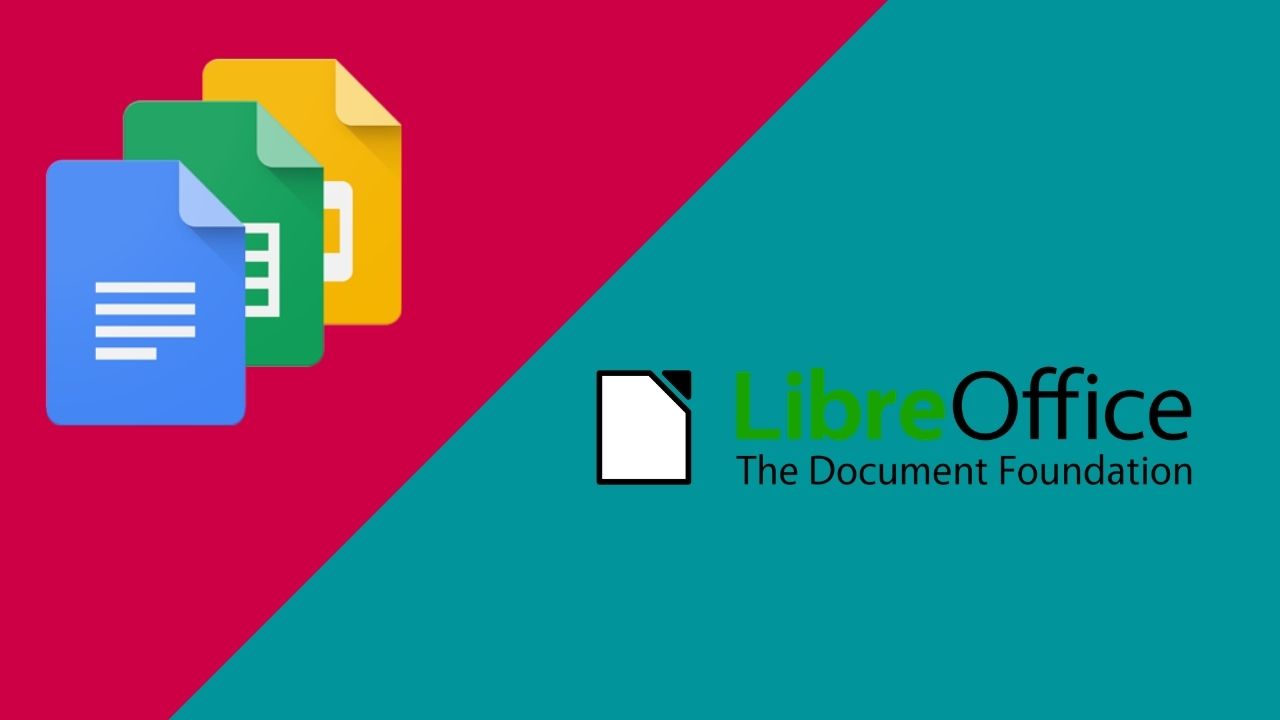 Office Suits are a hard thing to get excited about. They represent actual work, which nobody likes, rather than messing around or playing games, and they’re also nothing special to look at. There’s not even an exciting war going on, such as that which once took place between Microsoft and Lotus/IBM over spreadsheets. No, the office front is a very quiet one.

These comparisons, between Google’s cloud-based suite and The Document Foundation’s LibreOffice, are of features in free software. If you need Microsoft Office, ensuring 100-percent compatibility with Office users and the other premium features you can only get with a 365 subscription, then you need it, and no alternative suite is quite going to be right for you.

This is going to affect mainly professionals and those who need lots of cloud storage—OneDrive plans work out cheaper than Google Drive and bundle Office 365 with 1TB of storage, while Google Drive offers more storage in its free tier, at 15GB versus 5GB.

For everyone else, a free suite will probably suffice. This even goes for us too, who consider ourselves relatively professional, but spend much of our time in Google Docs when not using Adobe’s Creative Cloud apps.

The products themselves are quite different, even if the end result of their use can be the same. One is cloud-based, requiring only a web browser or cellphone app to access your documents, which are stored online to be accessed from anywhere, on any device.

The other is a downloadable suite of apps that runs locally on your PC and stores documents there too, leaving it up to you whether they move to the cloud through synced folders.

If you want to open your documents on another PC, you’ll need the software installed there too. It runs on many different operating systems, and has become the default office suite for many flavors of Linux.

LibreOffice Online exists to add online collaboration features to the suite, but remains officially unsupported by The Document Foundation, which has no plans to create a cloud storage system.

So what do you actually get for your zero bucks? Both suites include a word processor, spreadsheet app, and presentation designer, with LibreOffice adding a few others, such as a vector-drawing app and a database.

All the main apps are compatible with multiple file formats as well as having their own, and are able to open and export Microsoft Office formats. They have spellcheckers, the spreadsheets support formulae, and the presentation-design apps can ingest just about any graphics you throw at them.

There’s a lot of overlap in the capabilities of the two suites, and neither has a glaring hole where expected functionality should be.

Google Docs takes up no disk space, being entirely online, and scales nicely with your web browser to different viewport sizes. LibreOffice can look slightly pixellated when viewed on a 4K monitor, but this can be fixed with a trip to “Tools > Options” and changing to an SVG-based style of icons.

The other thing we find about LibreOffice is that, running on Windows 10 and an AMD CPU, it has a tendency to crash. This is suboptimal in an office suite, and the fact it’s happened with both versions 6 and 7 of the app makes us wonder if it’s us rather than the software.

We tend to refer to the whole Google suite as “Google Docs,” but this is a slight misnomer. Docs only refers to the word-processing app, with the spreadsheet called Sheets and the presentation app called Slides.

There isn’t really a name for the whole suite, unless you want to call it The Office Suite Offered By Google Within Its Google Drive Service, so Docs will do. After all, spreadsheet and presentation files are documents too.

As far as advanced features go it loses out to LibreOffice, but wins in terms of user collaboration. Along with Google features such as Gmail and Hangouts/Meet, which LibreOffice has no answer to.

Google Docs files can be shared with a simple URL rather than attaching the entire file to an email, no matter how large the document. Multiple users can also work on the same file, while sharing privileges can be set so that some users can only view or comment.

Tracking changes, a frequently used way of collaborating on a written document, is achieved using comments, which show who made the suggested change but leave it up to the document

owner to accept. LibreOffice tackles this in the same way as Microsoft Word, and leads in terms of features such as mail-merging and even the ability to show invisible formatting characters—Google relies on third-party plugins to add this kind of functionality.

For power users, Google apps are connected by Apps Script, a JavaScript-based service that enables you to develop add-ons to Docs, Sheets, Gmail, Calendar, and more. It runs in the cloud through a browser-based editor, and there’s plenty of documentation online. You can do clever things with formulae and macros in Docs and Sheets too.

LibreOffice has its own macro-recording system, along with (incomplete) support for those created in Visual Basic for Applications. The Access2Base project provides a library of macros for developers that’s designed to be easier to learn than LibreOffice’s standard UNO API, and is particularly suitable for those familiar with the Microsoft Access way of doing things.

When looking for a free office suite, there are two main things to consider: Whether you want it to be completely cloud-based, and whether the tools provided by Google Docs are enough for you. If the answer to both those questions is yes, then using Google Docs is a straightforward decision.

If you have a need to keep things on a single PC, or need tools not supplied in the web apps—which are simpler than their hard-drive-installed brethren—then LibreOffice is well worth a look. Both are completely free, unless you donate to The Document Foundation, so you lose nothing by testing them both out.