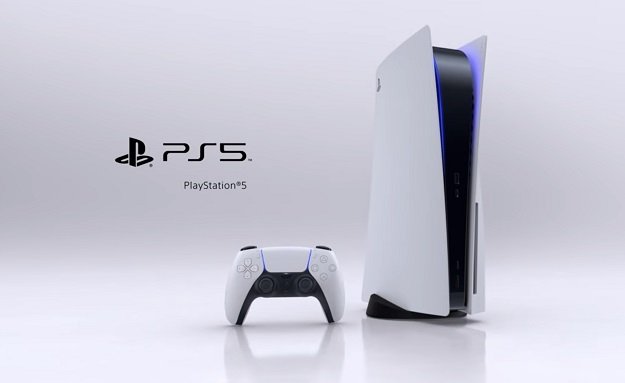 It’s been almost seven years since Sony announced the PlayStation 4, and boy has a lot changed since then. More advanced technology, innovative gaming franchises, and the rise of PC gaming, with consumers favoring building their own gaming machines at home. So can the PlayStation 5 live up to the hype, and take the gaming industry in a new direction?

Sony’s PlayStation 4 was, without doubt, one of the most universally-praised and popular games consoles ever made. Selling more than 102 million units around the world.

The device reached the 100 million sales mark significantly faster than the Nintendo Wii and Xbox One. But Sony will re-enter the market later this year at a time when the world has changed – where gaming is now always-online and predominantly desktop-based. The rise of games like Fornite has also gobbled some of Sony’s market share – teenagers who previously rushed to buy the latest game on a disc now head to the App Store for their fix.

But all is not lost. Let’s open by saying that the PlayStation 5 is a truly impressive machine. It will be available in two configurations – one with an optical disc drive for movies and games, and a ‘Digital Edition’ without a drive – the latter will be cheaper. Combined with a DualSense controller, the PlayStation 5 takes the gaming and entertainment experience to new heights and promises to be the hub of every gamer’s living room, offering access to cutting-edge games and indeed entertainment content like live streaming, YouTube, and TV applications.

The company’s lead architect and console producer, Mark Cerny, started the hype train back in April 2019, teasing bits and pieces of the new machine ever since. In March of this year, we were treated to a deep dive into the console’s advanced architecture, which for the first time focused on SSD storage to increase performance.

Last October, the PS5 name was confirmed, and at CES 2020 in January, Sony confirmed the official PS5 logo. Since then, we discovered the DualShock 5 controller, and following a delayed live-stream event in the absence of conferences due to the coronavirus, the lid was finally lifted on the console itself.

It’s fair to say that the reaction to the new PS5 console has been mixed. Though some have praised the machine’s bold and futuristic design, others have criticized Sony for opting for an Xbox 360-style shell, but the truth is that it’s what’s on the inside that matters. In its unveiling, Sony showed off the PS5 almost exclusively in its vertical orientation, where the white shell looks like a modern catsuit, creating a V to denote that the console is the fifth-generation – a truly iconic PS5 symbol.

The wide collar on the device is designed to allow air to flow through the console. Rather than hiding this under the grill, Sony decided to highlight the process with stunning blue lighting, delivering on both form and function. Many would agree that the PlayStation 5 Digital Edition, which sports a slimmer frame, is the better-looking option, as the disc drive on the larger device looks awkward and out of place. With two slim slots towards the bottom of the front of the console, alongside a USB-C socket, the device has everything you need to add peripherals and a long-awaited Ultra HD Blu-ray player for cinema geeks and families.

Where the PlayStation 5 really comes into its own is in performance. The new device will support 8K video, shipping with an AMD Ryzen chip — a 7nm chip on Zen 2 architecture — and a GPU from the Radeon Navi-family. Alongside that, the device is packed with SSD storage for the first time, which promises fast loading times, huge bandwidth capacity, and impressive graphics that blow the PlayStation 4 and Xbox One out of the water. The NBA 2K21 trailer featuring New Orleans Pelicans star Zion Williamson really paints the picture- highlighting just how crisp and fluid the graphics really are.

Critics have questioned whether the device – as standard – offers enough grunt for native 8K gaming, and the answer is only maybe. Though simpler games may find it easy to utilize the horsepower of the device, blockbuster titles will need to rely on checkerboard upscaling that is currently being used on the PS4 Pro – but that’s not necessarily a bad thing.

Developers in charge of games like Gran Turismo 7, for example, have already confirmed they’ll only be offering their games in 4K, but as technology improves, more 8K games could be introduced.It had previously been suggested that Sony would announce a PlayStation 5 with 8K video as standard and higher frame rates to appease professional gamers and film buffs, but that didn’t come to fruition at the launch.

Perhaps the company is holding off on its high-end device for 2021 to increase sales following an initial sell-out when it launches?

Immersive Sound – Out of the Box

Although no word has been given on the sound quality as of yet, Sony is expected to offer a new ‘gold standard’ in audio. Back in March, the company’s CEO suggested that the device would not support Dolby Atmos, but instead use native 3D audio using a Tempest Engine. This will offer more than the 34 speakers that Atmos can manage, meaning that high-end TV sets can leverage the PS5’s surround sound virtualization and offer immersive experiences.

It is expected that the console will be compatible with Sony’s own 360 Reality Audio format, which alongside the Pulse 3D headset, will take gaming sound to the next level. Granted, you’ll need a compatible AV receiver and speaker set-up to take advantage of the new audio quality, but most gamers will have already made the investment for previous consoles.

Leveling Up With The Dualsense Controller

Sony introduces a new DualShock controller with each console release, and the PS5 is no exception, with the new DualSense boasting of a modern-looking design that puts comfort and performance at the fore. It sports a two-tone finish to complement the PS5’s casing, and “will captivate more of your senses as you interact with the virtual worlds in PS5 games.” Sony adds that “the features of DualSense, along with PS5’s Tempest 3D AudioTech, will deliver a new feeling of immersion to players,” and early reviews come with high praise.

Sony has replaced haptics with rumble technology to offer a broader scope and realistic feedback, and everything from shooting a gun to driving a car through the mud will be felt in your hands. The L2 and R2 trigger buttons offer adaptive, programmable resistance, and the controller is, of course, wireless.

Sony hasn’t specified the single charge performance but said that it’s worked hard to maintain a strong battery life. The controller comes with in-built speakers and microphones, so players can chat with friends without wearing a headset – and the angle of the hand triggers has been tweaked to comfortably fit inside new components. For those who prefer their current PS4 controller, fear not: the DualShock is also compatible.

Switching Over to SSD Storage

Back in March, Cerny confirmed that SSD was the most-requested feature when speaking to PlayStation users. The new PlayStation 5 offers 100x faster load speeds than HDD, which means no more loading screens, ultra-fast streaming, and impressive boost speeds out of the box. Insiders have suggested that streaming on the device is so fast that a game can load all of the graphics and textures needed behind an online player faster than the player can turn around, meaning that Twitch will be overcome with quality playthroughs.

Although the capacity of the internal SSD is yet to be announced, the company did confirm that the storage will be expandable via third-party M2 SSDs. However, they must fit into a dedicated slot on the device and hit a minimum speed so they don’t slow down new games. An additional benefit is that the device is more environmentally-friendly than its predecessor because of its SSD, significantly reducing power consumption when gaming or streaming.

Let’s Get Ready To Game

PlayStation fans have been speculating over the new console and related titles for a number of years now – and alongside the unveiling, some blockbuster titles were announced. Japan Studio will bring us Astro’s Playroom and Demon’s Souls, whilst other titles include Horizon Forbidden West, Marvel’s Spider-Man Miles Morales, and Grand Theft Auto V. Little Devil Inside, Project Athia, Resident Evil Village, Tribes of Midgard, The Pathless, and Solar Ash are also confirmed titles which will be available at launch – and all are either exclusive to the platform or will be available on the PlayStation 5 before being made available elsewhere.

What’s particularly exciting about the new console is that the company has introduced some “incredibly powerful” technology to enable backward-compatibility. One insider has even suggested that users will be able to play all of their old games – from original PlayStation One titles through to the recent PlayStation 4 games – from their device through an emulator.

With so much still up in the air over the new PlayStation 5, the truth is that you’ll have to hold out and wait until things have been confirmed. The good news? The new console can be yours from Holiday 2020 and the Digital Edition is expected to retail for around US$499 / UK£449 / AU$749. In the meantime, prepare to get excited: Sony is finally putting console gaming back on the map. We can’t wait to experience the next level of interactive gaming.