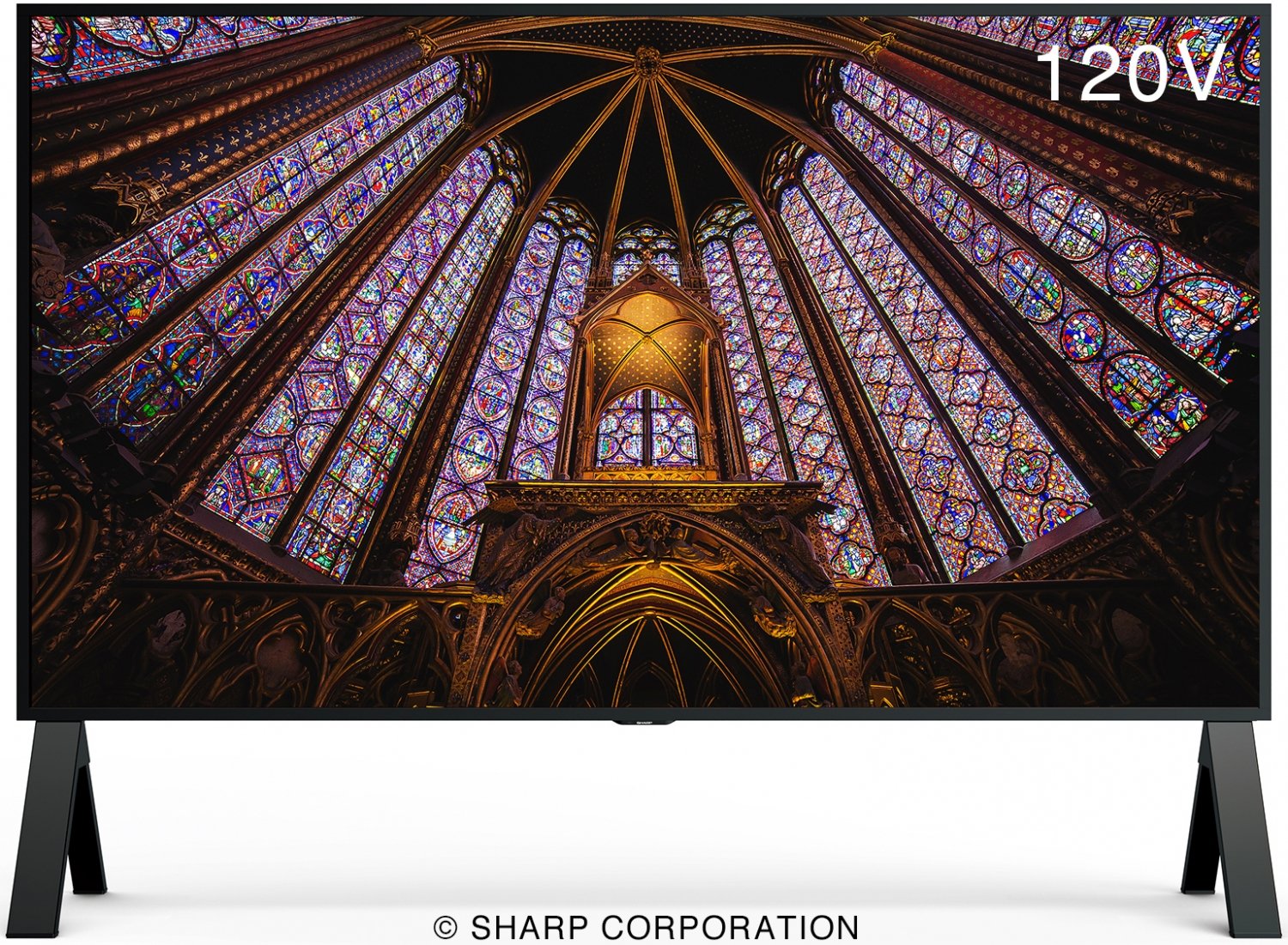 Considering its dimensions, the Sharp 8M-B120C seems intended for commercial applications. But with the arrival of Nvidia’s RTX 3090s , 8K is a reality on gaming PC! So if you are avant-garde, that you have the place and the wallet accordingly, the Sharp 8M-B120C can very well put its 200 Kg in your living room.

In addition, the backlighting is of the Full Array Local Dimming type . Concretely this gives 2048 independent LEDs to control the lighting per zone, which clearly improves the contrasts. Considering the large screen size and power consumption, the device can operate up to 16 hours continuously.

According to Sharp , the 8M-B120C display can reproduce 1.07 billion colors. It is designed to cover a significant part of the ITU-R BT.2020 color gamut. Meanwhile, to make the colors more vivid, the 8M-B120C has a better representation of red than that defined by BT.2020, according to the company. The display supports HDR technologies, such as HLG.

The first company to launch its 8K display more than five years ago, Sharp has gradually improved its 8K panels. Compared to its predecessors, the Sharp 8M-B120C supports a typical higher brightness (600 nits vs. 400 nits).

But also a faster response time (6 ms against 8 ms), and an HDMI 2.1 input. This makes the device compatible with next-generation consoles, PS5 and Xbox Series X / S, players and other upcoming equipment.