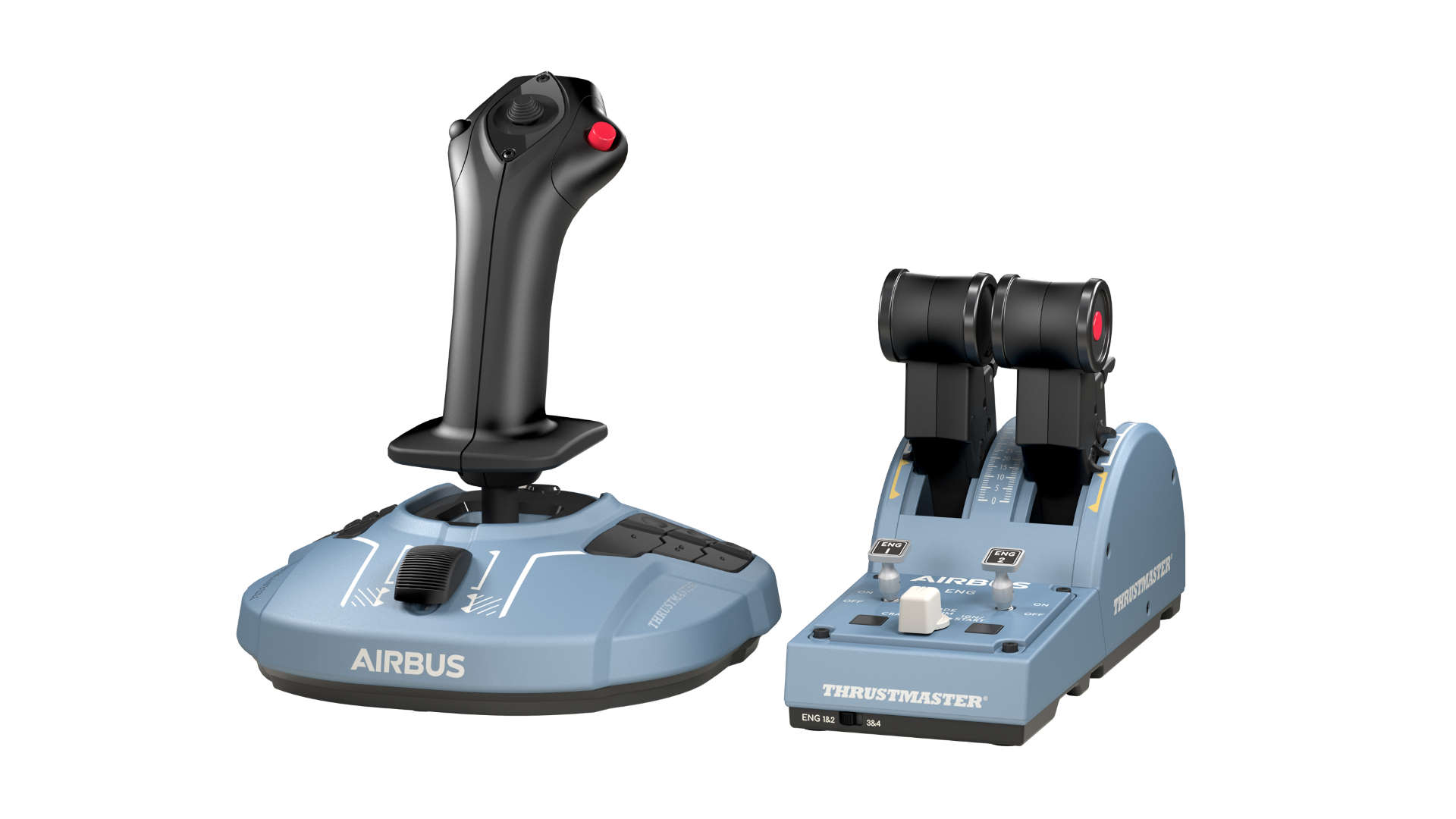 A flight stick made for Microsoft Flight Simulator. The Thrustmaster TCA Sidestick Airbus Edition is a flight stick made in the image of an Airbus sidestick. It’s an officially licensed tie-in. And as well as the base controller you can get a throttle set and a pack of additional modules that add a real sense of authenticity to sims like Microsoft Flight Simulator 2020.

Good news on that front: the Thrustmaster TCA Sidestick Airbus Edition is “plug and play” ready for Microsoft Flight Simulator 2020. You won’t need to spend an hour or five configuring its button layout.

These are plastic flight sticks, made to last but not with the weight and construction quality of a Thrustmaster Warthog. But at a third of the price, what else do you expect?

Give yourself a minute to get over the relatively light all-plastic build and let the quality of the stick itself take over. The Thrustmaster TCA Sidestick Airbus Edition is an incredibly smooth, dead zone free flight stick that offers sim-grade control to compete with any mainstream joystick at any price.

There are no rubberized parts to the stick’s grip, no metal panels anywhere. Of course, this is the norm for a flight stick at this level. And we have no reason to believe it won’t last for years, even if you do end up throwing the Thrustmaster TCA Sidestick Airbus Edition at a wall a couple of times after messing up a landing five times in a row.

Thrustmaster also proves these buttons haven’t just been stuck on here without much thought. The two primary non-trigger buttons on the stick’s top can be swapped around. Each comes on its own little plastic module. You can unscrew them, and there are mirror image replacements in the box. When fastened in, there’s zero wobble, no sign these are switchable.

Add the Quadrant throttle if you want even more of an Airbus flavour. The quality and specificity of the controls on these outboard modules blow away those on the flight stick’s base.

Using the TCA Quadrant Airbus Edition is likely why we have a slightly dim view of the stick’s own buttons. These feel much better and have a real sense of the tactile immersion that is the primary reason to buy a dedicated controller like this.

Sure, the TCA Quadrant Airbus Edition is still made of plastic and the throttles don’t have as much resistance as the real thing. But there are light clicks of feedback as you reach each milestone on the throttle, and a great release catch behind each throttle lever that lets you put the engines into reverse thrust.