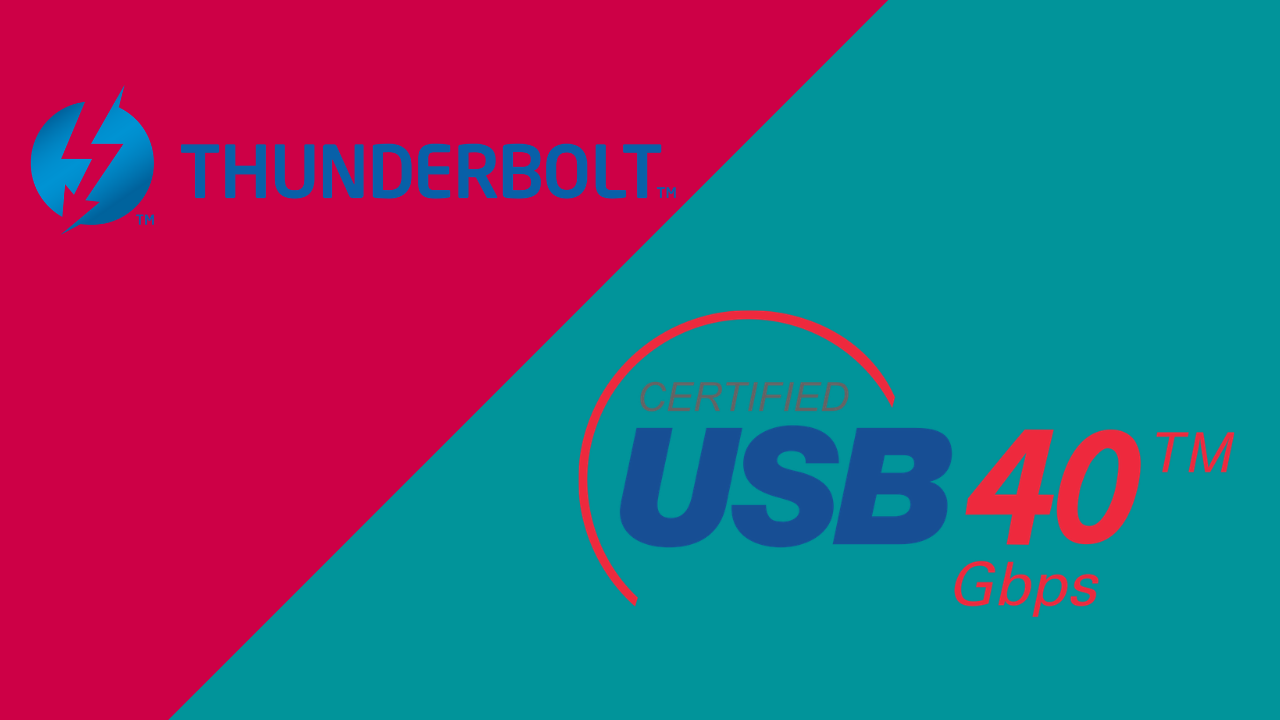 Thunderbolt, code named Light Peak, was developed by Intel in collaboration with Apple. The goal was to create a high–speed hardware interface for connecting external peripherals to Intel–powered computers, combining three different technologies in a single connector: PCI Express (aka PCIe), DisplayPort, and a DC power supply. The first version of Thunderbolt came out on Macs in 2011 and appeared on some PCs the following year. Thunderbolt 3, which is in current Macs, began shipping in 2015. Since the demise of the 12–inch MacBook all current desktop and laptop Macs have Thunderbolt ports, even the Mac mini.

hen Thunderbolt launched it was one of the fastest data ports you could get on a consumer device, with bi–directional speeds of 10Gbps on each of its two channels. At the time, USB didn’t go beyond 5Gbps. And because Thunderbolt enabled you to daisy–chain up to six devices including multiple displays from a single Thunderbolt port, it was a better alternative to a USB hub for people with lots of things to connect.

When Thunderbolt 4 Coming Out

Thunderbolt 4 will be in Intel’s 2020 Tiger Lake mobile processors, which will appear in some late–2020 laptops. It’s unclear if it’ll make its way to the Ľrst–gen Apple Silicon Macs, but over time we expect it to make its way to the entire Mac range. It might also come to the iPad Pro.

PCI Express (PCIe for short), is the interface that connects internal and external graphics cards, SSDs and network adapters in PCs and Macs.

How Fast Will Thunderbolt 4 Be?

When Intel announced Thunderbolt 4 it said that the new standard would be three–times faster than USB 3. A lot of people took that to mean 60Gbps, which is three–times the speed of USB 3.2 (aka USB 3.2 Gen 2×2, because someone somewhere decided USB naming wasn’t already confusing enough). But no: Intel clarify that it meant USB 3.1 (aka USB 3.2 Gen 2). That has a data rate of 10Gbps, so three–times that is 30Gbps.

Apple recommends that if you’re daisy–chaining Thunderbolt devices, you should put the most demanding device at the beginning of the chain.

Where Does USB 4 Fit Into This?

The next generation of USB, USB 4, is effectively Thunderbolt 3. It has 100Wpower delivery, multiple data and display protocols, two–lane operation, speeds of up to 40Gbps and backwards compatibility with Thunderbolt 3, USB 3.2, and USB 2.

What’s The Difference Between USB 4 and Thunderbolt 4?

Intel says: “Thunderbolt 4 continues Intel’s leadership in providing exceptional performance, ease of use and quality or USB–C connector–based products. It standardizes PC platform requirements and adds the latest Thunderbolt innovations. Thunderbolt 4 is based on open standards and is backwards compatible with Thunderbolt 3.”

That’s a lot of words to say nothing in particular, and cynics believe it’s because there’s nothing new to announce. Despite Intel’s promise that “we will have more details to share about Thunderbolt 4 at a later date,” some claim that Thunderbolt 4 is primarily a rebranding exercise for Thunderbolt 3 with a few minor improvements and a pretty new badge. We know that Thunderbolt 4 will use the new PCIe 4.0 interface (Thunderbolt 3 uses PCIe 3.0), but so far that’s it.

Given the ubiquity of USB and its Thunderbolt 3 compatibility, it looks like USB 4 rather than Thunderbolt 4 will be the successor to Thunderbolt 3 for most users. In many cases Thunderbolt devices will work happily with USB 4 connections, and USB 4 devices are likely to cost less.

However, one of the key differences between USB and Thunderbolt is that manufacturers decide what USB features they want to support, so if a firm wants to make a USB 4 device but have it run more slowly than 40Gbps, it can.

That makes buying a USB device tricky because USB–C connectors can often disguise ancient USB 2 data rates. USB 4 mandates a USB–C connector so at least you know that if a cable doesn’t have one it can’t be USB 4. But just because it has the right connector doesn’t mean that a USB 4 cable is delivering the full–fat version of the standard.

That means when you connect a USB device you can’t be sure it’ll work as you’d like it to. With Thunderbolt, you can. And for many Mac users, that’s going to be worth paying a Thunderbolt premium for.

USB 4 and The Future of Everything

Apple has two hardware families running different kinds of processors: Intel and Apple. Until 2020, the first category meant Macs and the second — iPhones, iPads, and Apple TVs. But later this year the second family will include Macs too.

At the moment, the only Apple devices with Thunderbolt ports are Intel–powered ones, but Apple says Thunderbolt is coming to the next generation of Macs.

Support is likely to come via USB–C connectors, and Apple could use them to bring Thunderbolt not just to new Macs but to iPads too. An iPad Pro with a fully Thunderbolt–compatible USB–C connector could connect to new and existing Thunderbolt devices: external storage, external displays, external interfaces for audio and video devices, and so on. Who knew a simple connection port could be so interesting?

Thunderbolt 4 will make its debut in Intel’s Tiger Lake mobile processors, due to appear in laptops in late–2020. Also Thunderbolt 4 Docks will be available very soon.