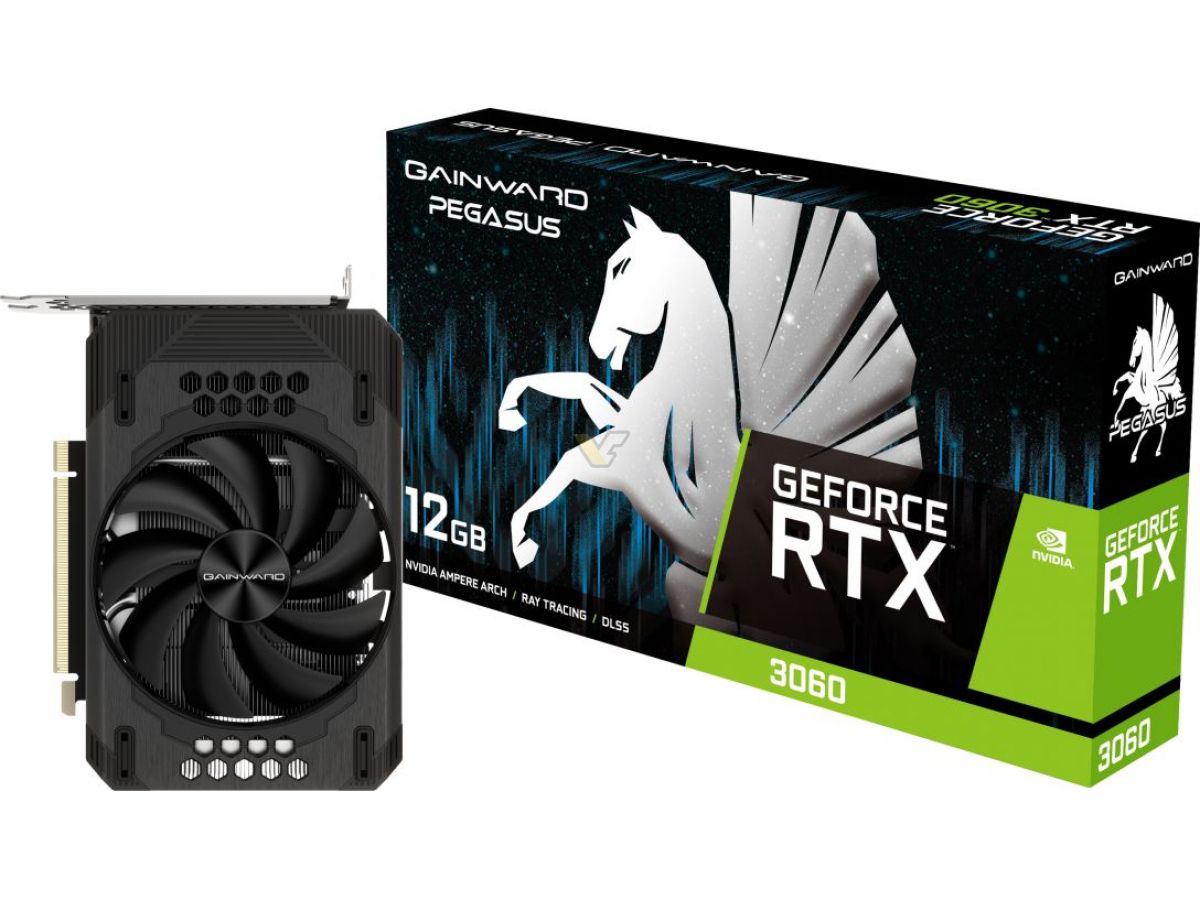 We followed the recent launch of the GeForce RTX 3060 GPU with interest. Nvidia said the card’s driver would limit its cryptocurrency mining performance, and we were keen to see whether that would help the stock problems. The answer is,sadly, no. Mining is just one piece of the night marish stock supply puzzle.

As with all recent high-end GPU launches, the retail stock was wiped out within a few minutes of the launch, and the cards soon appeared on eBay at inflated prices. These are depressing times if you want to buy a new GPU, and as such, we’re not going to give new GPUs review scores until these problems are sorted. There’s no point in reviewing this Zotac GeForce RTX 3060 Twin Edge 12GB card at its sub-$400 retail price when you can realistically only get one by handing over $600 .

It is worth us looking at how new GPUs perform, though, so we can report on how PC tech is progressing – you then at least have the necessary information to spec up a future purchase when all this silliness dies down, or decide if you really do want to pay inflated prices.

Anyway, let’s get back to the GeForce RTX 3060 itself. This chip is based on Nvidia’s new mini GA106 GPU, which is based on Nvidia’s latest Ampere architecture and packs 13,250 million transistors into a 276mm2 die. If it’s fully enabled, the chip gives you 3,840 CUDA cores, 30 RT cores and 120 Tensor cores. However, the GeForce RTX 3060 has two of its Streaming Multiprocessor blocks disabled, giving you 3,584 CUDA cores, 28 2nd-gen RT cores and 112 3rd-gen Tensor cores.

It’s a neat little package, but it’s a notable step down from the rest of the RTX range. The RTX 3060 Ti might seem like its in the same league as the RTX 3060, but it’s based on Nvidia’s beefier GA104 GPU and contains 4,864 CUDA cores, so it’s much more powerful.

The GeForce RTX 3060 is also equipped with a 192-bit memory interface and 12GB of GDDR6 memory running at 1875MHz (15GHz effective). That’s not only more than the piddly 6GB of memory on its predecessor, the GeForce RTX 2060, but its also more memory than you’ll find on any current Nvidia card below the RTX 3090 GPU.

You’re unlikely to use all that memory when running games at this GPU’s targeted resolutions, but it does at least give you plenty of headroom. However, as it’s only attached to a 192- bit wide interface, you only get 360GB/sec of total memory bandwidth – compare that with 448GB/sec on the RTX 3060 Ti GPU, for example.

We’ve been a fan of Zotac’s no-frills entry-level cards for a while – they aren’t packed with RGB lighting, but they do generally give you affordable access to the latest GPUs without making a horrible racket in the process. If it weren’t for the current stock problems, this GeForce RTX 3060 Twin Edge 12GB card would be the same.

It has a small footprint, measuring just 224mm long (and the PCB underneath the cooler is much smaller), with a dual-slot cooler and a thin back-plate. The cooler has Zotac’s IceStorm 2.0 branding, and features a pair of 11-blade fans and a wide stack of aluminum heatsink fins and copper heat-pipes. It works well – it never got overly hot in testing and it wasn’t noisy either. The fans stop when the GPU is idle as well, as is often the case with graphics card coolers now.

You only need a single 8-pin PCI-E power connector for it too, although it’s irritatingly positioned in the middle of the card in this design.

Lets start with the good news, which is that the RTX 3060 is adept at handling the latest games at 1,920 x 1,080 with a fair amount of eye candy enabled. It happily ran Cyberpunk 2077 at the Ultra preset (with no ray tracing) at an average of 58fps, dropping down to a 99th percentile result of 49fps. The card produced the same average frame rate in Assassin’s Creed Valhalla at Ultra settings, and it averaged 64fps in Metro Exodus at Ultra settings too. It dropped down to a 35fps 99th percentile result in the latter, but its still perfectly playable.

The situation becomes a bit muddier when you add ray tracing to the mix. The average of 54fps and 99th percentile result of 32fps is playable in Metro Exodus, but the respective 41fps and 75fps results from the RTX 3060 Ti are significantly smoother. The RTX 3060 also struggled in Cyberpunk 2077 with Medium ray tracing – its 99th percentile and average results of 31fps and 35fps respectively are borderline playable, but you really want more headroom for a first-person shooter.

Unlike AMD’s GPUs at the moment, Nvidia does have another card to play here, which is DLSS. Enabling DLSS on the Balanced setting in Cyberpunk 2077 with Medium ray tracing boosts the frame rate to a solid average of 61fps and a 50fps 99th percentile result. However, it looks horribly blurry compared with running it at 1080p natively – DLSS is a good performance booster at higher resolutions, but it doesn’t look great at 1080p and below.

It looks fine at 2,560 x 1,440, though, and the RTX 3060 copes well in Cyberpunk 2077 with Medium ray tracing and DLSS at this resolution. The RTX 3060 is also substantially quicker than its predecessor, the RTX 2060, in ray tracing, regularly doubling the frame rate. However, there’s less of a boost in raw shader power – its usually around 3-9fps ahead in our standard rasterization tests.

The extra memory is also an advantage here – the 6GB RTX 2060 doesn’t have enough memory to run our Doom Eternal test, but the RTX 3060 handles it without dropping below 159fps at 1080p – great if you have a high-refresh monitor.

What’s striking about the results, though, is just how much more performance you get from the GeForce RTX 3060 Ti – those extra CUDA cores and memory bandwidth really allow the card to breathe. As a point of comparison, the RTX 3060 Ti’s average of 88fps in Metro Exodus at 1,920 x 1,080 is a whole 24fps faster than the RTX 3060’s result, and we saw sizeable differences across all our game tests.

The GeForce RTX 3060 is also Nvidia’s first guinea pig to get support for resizable base address register (BAR) technology, which AMD first introduced with its RDNA 2 GPUs under the Smart Access Memory moniker. It basically circumvents the previous 256MB limit that CPUs had for accessing GPU memory, allowing a CPU to tap directly into a graphic card’s full allocation of memory when it needs it.

As Nvidia puts it, this means ‘assets can instead be requested as needed and sent in full, so the CPU can efficiently access the entire frame buffer. And if multiple requests are made, transfers can occur concurrently, rather than queuing’. The feature needs to be enabled in your motherboard’s BIOS, but it’s currently supported on a variety of chipsets and CPUs from Intel and AMD, and the latter has just enabled it on its last-gen Ryzen 3000-series CPU as well.

As we’ve now moved to a Zen 3-based test rig, we tried it out on the GeForce RTX 3060, and while the performance difference isn’t massive, it’s certainly noticeable. It added an extra 4fps to the average in Assassin’s Creed Valhalla at 1080p, and 5fps to the average in Metro Exodus at the same resolution. If your setup supports this feature, its definitely worth enabling – it’s basically a similar performance boost to a GPU overclock for free.

While we can’t deliver a definitive verdict on the RTX 3060 until the stock chaos dies down, we can confidently say that it can handle PC gaming at 1,920 x 1,080 with decent settings, including ray tracing in some games. The resizable BAR support is also welcome and well worth enabling if you have a setup that supports it.

However, while the RTX 3060 represents a solid step up from the previous RTX 2060 in terms of memory and ray-tracing performance, it’s a fairway behind the RTX 3060 Ti, which nominally doesn’t cost that much more money at recommended retail prices. If and when the GPU stock situation calms down, we’d recommend saving the extra money for the Ti card if possible.

A decent card for gaming at 1080p and a solid step up from the RTX 2060, but it’s not worth paying prices for it, and the RTX 3060 Ti is significantly quicker.